Thanks to hundreds of thousands of supporters, readers, contributors, and oft-procrastinating students, Wikipedia will stay up-and-running ad-free. In the past 50 days, the collaborative online encyclopedia raised $16 million to sustain rising operation costs, about double what the non-profit raised last year.

The fund-raising campaign was bolstered by a slew of “personal appeal” advertisements featuring founder Jimmy Wales, who appeared atop most Wikipedia pages striking modelling poses from magnum to blue steel. The site took a more aggressive approach to pushing out the ads this year. But did it work?  “In the past, we basically just winged it,” Wales told Fast Company recently. “This time, we tried to do a classic marketing campaign, and we think it’s going to increase the donations a lot.”  Wikipedia did A/B testing in the weeks leading up to the fund-raising effort, placing banners on 5% rotation for certain hours. The site also challenged its community to develop advertisements more effective than the “personal appeal” ads featuring Wales’ arresting gaze, which are the No. 1 “revenue-generating banner(s) by a huge margin,” according to Wales. While they received hundreds of submissions, nothing could beat out Wales’ mug.  “We put up a challenge: beat Jimmy,” Wales explained. “We tried a bunch of others that didn’t work at all–I don’t know why, but so far, I win.”

But was his “personal appeal” effective? No doubt, the fund raiser met its goal of pulling in a record-setting $16 million. Yet donations only came from 500,000 users. That’s barely 0.12% of its monthly global unique visitors, and just 0.625% of its monthly unique visitors in the U.S. Comparing the total raised to the some 17 million articles on the site, we’re looking at about $1 raised for every encyclopedia article written.

Isn’t Wikipedia worth more than that? For such a strong collaborative online community, it’s surprising not more of Wikipedia’s 400 million users worldwide and 80 million U.S. users couldn’t spare a dime–even for Jimmy Wales’ puppy-dog eyes. 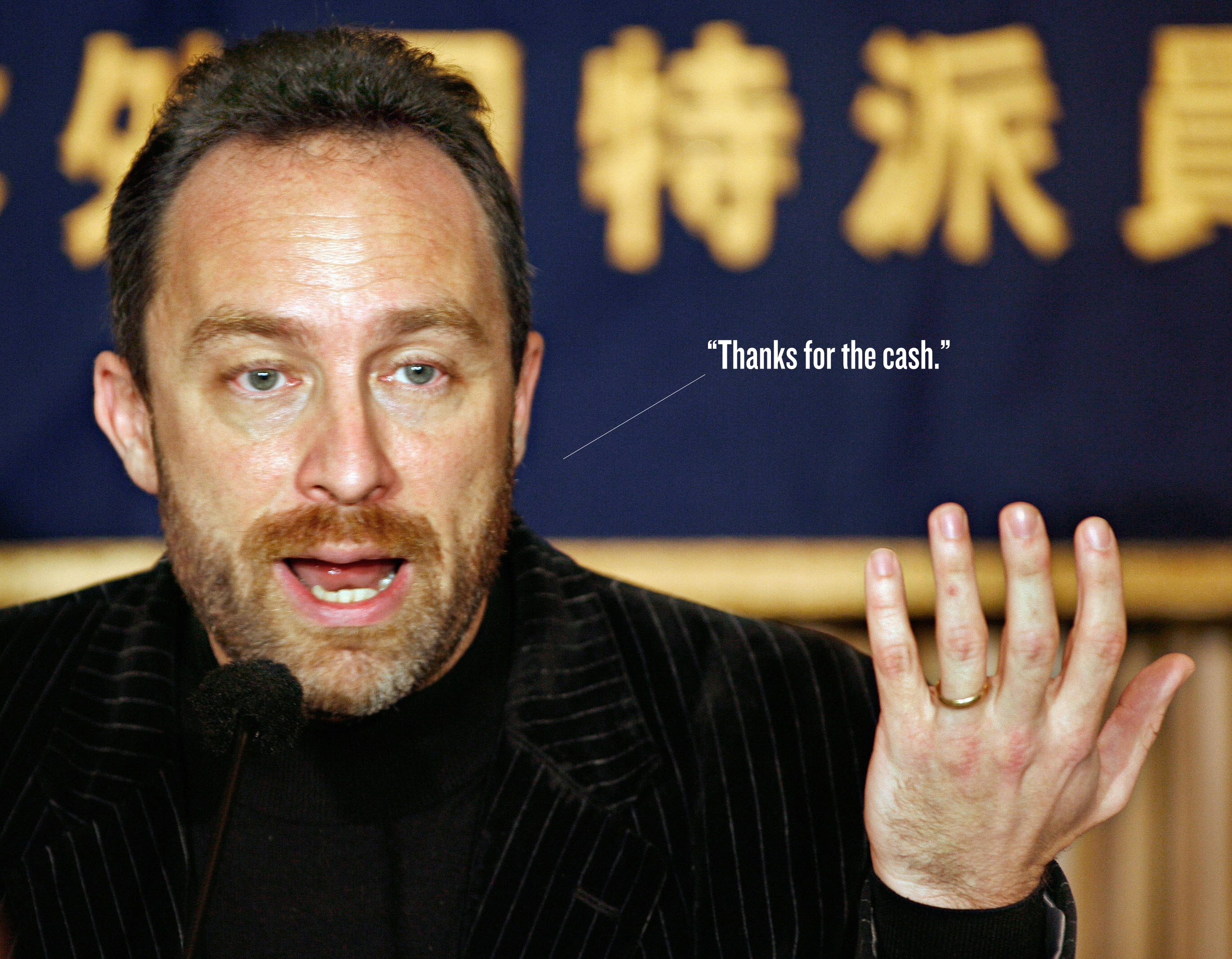