The American dream has never had a better spokesperson than Oprah Winfrey. She is Oprah, hear her roar. “I see myself as a messenger for a message that is greater than myself,” said an almost scarily beatific Winfrey at the winter TV critics’ tour this week. “And the message is: You can. You can. You can do, and you can be, and you can grow, and it can get better.”

Was Oprah actually glowing as she said it? It seemed so.  The daytime talk diva paid a royal visit to the TV tour Thursday afternoon to boost the Oprah Winfrey Network, which launched on New Year’s Day in the United States and hits Canada full-force March 1.  Fielding only a handful of questions in an hour-long session – one of her answers was 23 minutes, 15 seconds long – Oprah looked smart in a purple blouse, magenta sweater and brown slacks. She sweetly suggested journalists stand up while speaking (“That’s what we do,” she noted, “on the Oprah show.”) She talked about growing up dirt-poor in Attala County, Miss., and about how her grandmother told her that TV was “devil’s work.” And more than once, Oprah explained the bold move of starting her own cable channel: “My life pattern has been that whenever I have outgrown a circumstance or a situation, I move on, regardless of whether I know what the future holds.”  In the final moments of her visit, one brave journalist asked Winfrey whether she thought Anderson Cooper, who has signed on to host a new syndicated series starting next fall – in the time slot Winfrey will be vacating – has what it takes to be the next Oprah. “The next Oprah?” she said, feigning imperiousness. “No. The next Anderson, yes. That would be like someone having said to me, ‘Are you going to be the next Phil Donahue?’ No, I wasn’t. I created my own way of doing it.”  And with that, she was gone.

Beyond a new TV empire ascending, Winfrey is currently in a victory lap for The Oprah Winfrey Show. It wraps in September – which could prove to be either a game changer for the talk-show genre, or something more akin to game over.  Unlikely as it sounds now, almost nobody had heard of Oprah when her show kicked off in 1986. The most-watched daytime talk fest back then was The Phil Donahue Show, which tapped into viewers’ prurient tastes with sensational confessions from guests and ain’t-it-weird theme episodes.  Its ratings spawned more talk, and more true confessions, hosted by the likes of Geraldo Rivera, Jerry Springer and Canadian-bred Jenny Jones. Quickly labelled trash TV, the genre hit a low ebb in 1995 when a guest on Jenny Jones was soon after murdered by a fellow guest on whom he had acknowledged, on-air, having a same-sex crush.

Oprah, meanwhile, opted for the high road. Hers was a more inspirational form of TV confessional: Just as human as any of her viewers, she shared her own struggles with weight, sex abuse and other travails from her past. She focused on people’s problems, but also offered solutions, either from a personal perspective or by making new stars. (Hello, Dr. Phil). Miracle of miracles, Oprah was able to draw intimate details out of famous people, too. As Michael Jackson worked to rebuild his public image in 1993, he went on Oprah. Ellen DeGeneres came out on Oprah’s show in 1997. And when Tom Cruise wanted to tell the world how much he loved Katie Holmes in 2005, he did it by jumping up and down on Oprah’s couch. More momentously, Oprah got TV viewers to read. Her book club became so influential that when gossip queen Kitty Kelley was shopping around her unauthorized bio of Oprah, several publishers took a pass. “It’s like we live in a monarchy,” she told The Globe and Mail last year, referring to Oprah’s influence. 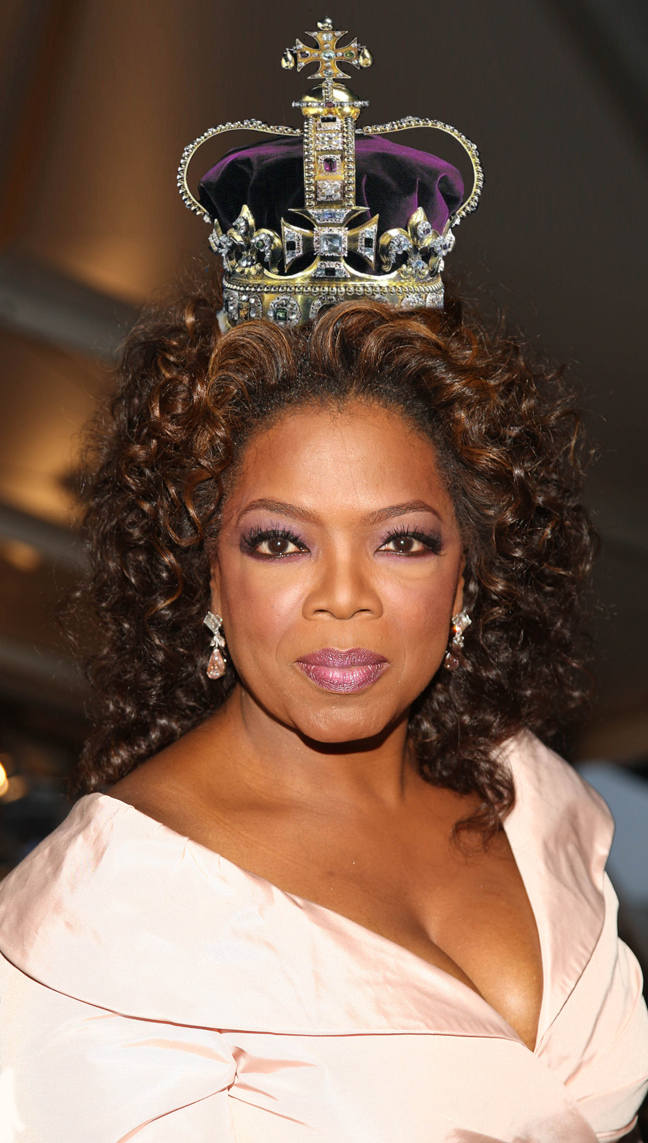 Curiously, as Oprah’s power has steadily expanded – some credit her official support for Barack Obama with sealing the deal for him at the 2008 Democratic convention – her TV ratings have steadily tapered off. Ratings for her final season are averaging 6.7-million viewers in the U.S., and roughly a half-million in Canada. Those are healthy numbers, and ahead of most daytime shows, but a far cry from a decade ago.  The most popular theory for that decline is that the public appetite for self-exposure has shifted from talk to reality. Who needs to see a celebrity guest discussing alcoholism when they’ve got Snooki confessing to blackouts every week on Jersey Shore? Among Oprah’s daytime contemporaries, the programs that are hanging on have trace elements of that Oprah confessional style, served up with a twist. The Ellen DeGeneres Show has a late-night comic sensibility; Rachael Ray, whose career was launched by Winfrey, throws in homemaker do-it-yourself segments. Such old-school talk stalwarts as Jerry Springer and Maury Povich soldier on with shows about trailer-park infidelity and pregnancy-test results. Meanwhile, the TV landscape continues to slowly shift and erode, courtesy of audience fragmentation and on-demand television.

Still, as Oprah departs syndication for cable, there’s a renewed market for talk TV the likes of which has not been seen since the heyday of the early nineties, when she shared air time with Rivera, Donahue and Jones, as well as such Canadians as Dini Petty, Camilla Scott and Shirley Solomon. But short of flying an entire studio audience to Australia on a whirlwind vacation, it’s not clear how successors to Oprah will create a captive audience. Cooper is the name touted most often, of late, as Oprah’s heir apparent. The silver-haired CNN news anchor, who fills in regularly on Live! with Regis and Kelly, has a deal in place with Warner Brothers Television to helm the new syndicated series Anderson, set to debut next fall. (If a barber’s daughter from Mississippi can become the most respected person on daytime television, why wouldn’t Gloria Vanderbilt’s son have a chance?)

When announcing the show last September, a Warner rep stated that Anderson would cover “social issues, trends and events, pop culture and celebrity, human-interest stories and populist news.” In his home country, media buyers are already mad about the boy. “At present, Anderson is cleared through about 75 per cent of the U.S., with more than 80 stations on board,” says Marc Berman, who covers TV for the trade mag MediaWeek. “He’s the new first-run syndicated show to keep an eye on, simply because he’s going in that Oprah time slot.”  The speculation is that in most American markets, Anderson will be in direct competition with Ellen for Oprah’s audience. The Dr. Oz Show – he’s another Oprah discovery – is also a contender. And Rosie O’Donnell will be returning with a daytime talker on Winfrey’s OWN network.  The very newest wild card in the daytime talk race, meanwhile, is Katie Couric. In recent weeks, rumours have swirled that the CBS news anchor is being wooed by several media companies. Couric earns an estimated $15-million (U.S.) a year anchoring the CBS Evening News, but the nightly broadcast ranks third of the big three in the ratings, and her contract expires in May. “She could get in there and command a lot of money,” a senior syndication executive recently told the TV-industry magazine Broadcasting & Cable.

There’s little to suggest that those attempting to take up Oprah’s mantle will be doing anything radically different to remake the talk-show template. If anything, the race will be on to out-Oprah the Queen of Talk now that she’s finally stepping down from her throne.