Through a long and painstaking research process, Angela Strassheim mapped out the exact locations where violent, often horrific crimes were perpetrated. She convinced new owners and tenants, some of whom were unaware of the violent history of their residences, to revisit the unnoticed, unseen past. Angela captures the tracing of a final struggle through the hard evidence of a violent moment, thereby revealing the silent yet omniscient memory of everyday living spaces. The physical result of her work is a series of luscious, large black and white prints, which attract the viewer like stills from a film noir with their eerie seduction and mysterious quality. Ultimately, these images are honest and true to the original space; they make visible, once again, the traces of violence and death that took place in those spaces in a forgotten past.”  In a press release for her current exhibition, Strassheim writes:

“Long after the struggles ended in these spaces, despite the cleaning, repainting and subsequent re-habitation of the rooms, the Blue Star solution is capable of activating the physical memory of blood through its contact with remaining proteins on the walls. Long exposures- from ten minutes to one hour- with minimal ambient night light pouring in from the crevices of windows and doors, capture the physical presence of blood as a lurid glow: a constellation of stars embedded in the walls.” 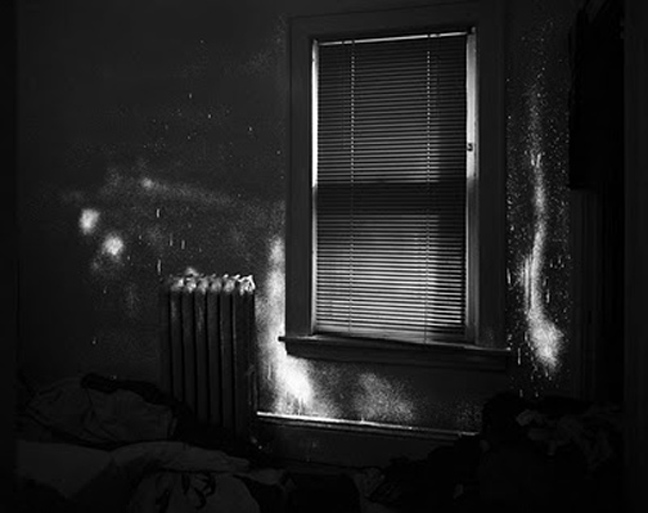 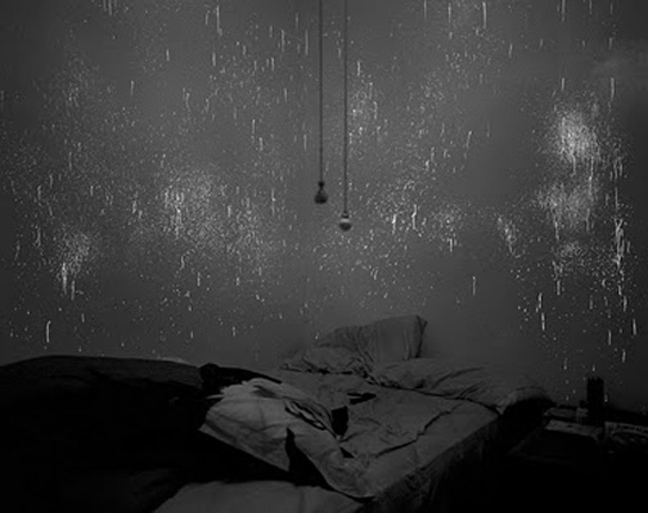