CNET reports that Intel’s Light Peak™, a high-speed connection standard capable of transferring data at 10 gigabits per second, will be arriving sooner than expected: sometime in the first half of 2011. And Apple’s poised to be an early adopter.  According to CNET’s industry source, Light Peak™ is “now on track to appear in products in the first half of 2011—and likely earlier in the year than later.” And if past reports are true, Apple will be among the first to incorporate it.

It’s long been whispered that Apple conceived the idea for Light Peak™in the first place, and they’ve reportedly helped Intel guide the development of the standard along the way.  Steve Jobs has said that Apple doesn’t see USB 3.0 taking off, and while Intel has said it would support the standard, many have speculated that Intel chipsets won’t really support USB 3.0 until 2012. If Light Peak™ is indeed around the corner, as CNET’s source suggets, it wouldn’t be surprising to see Apple put their weight behind it in a big way in early 2011.

Light Peak™ delivers 10Gb/s speeds right now (i.e. transfer an entire Blu-Ray disk in 30 seconds), and could conceivably go as fast as 100Gb/s within a decade or so. Those kinds of speeds are even sustained over a 100-meter distance, which is really impressive. Intel is currently working with hardware manufacturers (computers, handhelds, etc) to try to get the optical tech onto devices sometime in 2010. 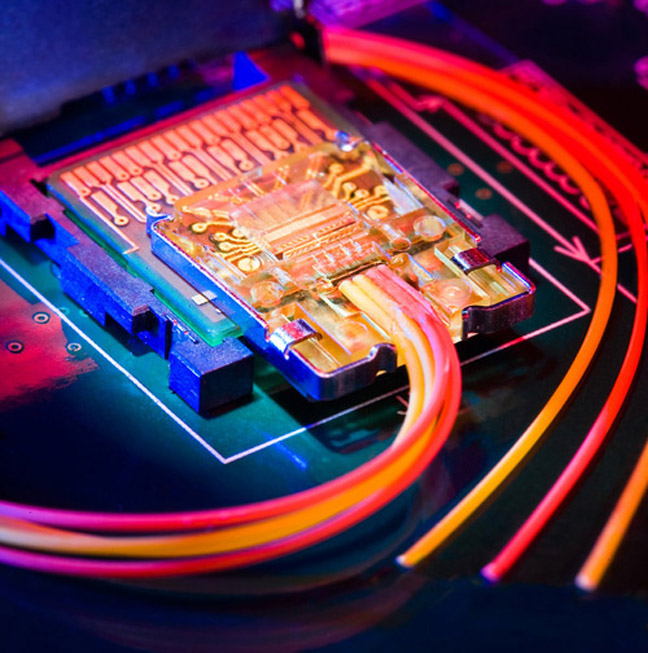