Little Prada In The Desert

Michael Elmgreen (born 1961 in Copenhagen) and Ingar Dragset (born 1968 in Norway) are a collaborative duo of visual artists who live and work together in Berlin. They are known for work which has wit and subversive humor, and which looks at serious cultural concerns.  Elmgreen & Dragset met in 1995 and moved to Berlin in 1997, where they converted a large 100m2 building into a home and studio.  Their exhibitions include: transforming the Bohen Foundation in New York into a 13th Street Subway Station in 2004, siting a PRADA boutique in the middle of the Texan desert in 2005, and their The Welfare Show in 2006 at Serpentine Gallery in London, and the Power Plant Contemporary Art Gallery in Toronto, which was critically acclaimed.  They won the German Government’s competition in 2003 for a memorial in Tiergarten Park in Berlin, in memory of the gay victims of the Nazi regime, which was unveiled in May 2008. 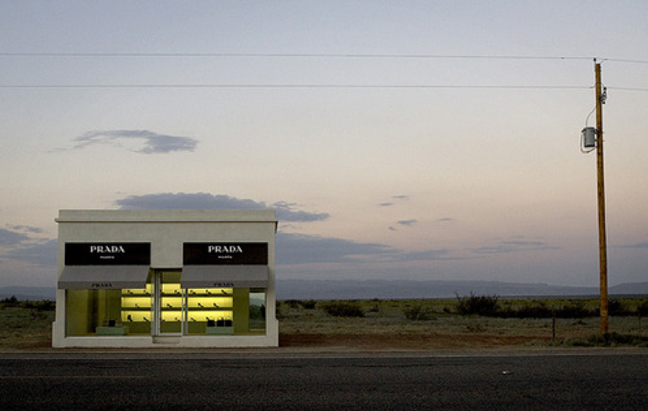 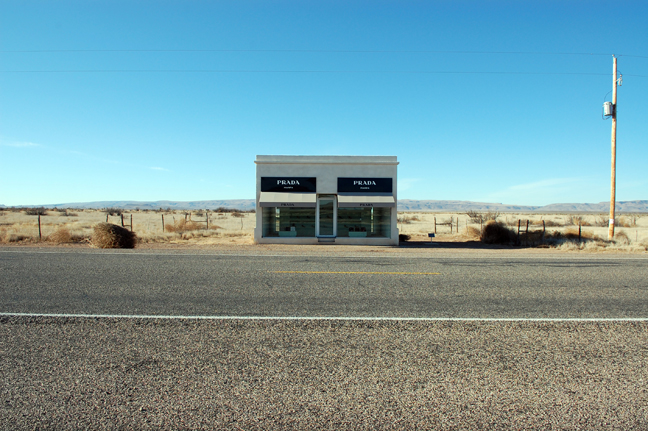 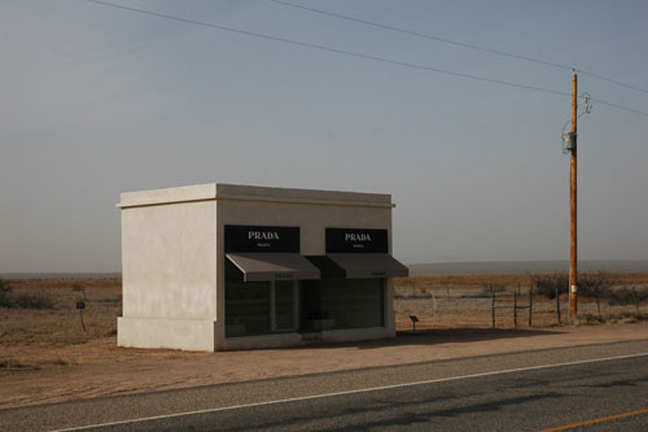