The 2010 FINA World Championships were recently held in Dubai and did not disappoint the eyes.  I once had a brilliant trainer who knew more about the human body than anyone I’d ever met in my entire life, and I never forgot what he told me once.  In order to lose weight faster I was thinking of adding swimming to my regimen, and he told me not to, which I thought was peculiar.  The reason was that too much swimming can pull the fat cells nestled behind your muscles (the human body has 2 layers of fat: outside and behind the muscle) to the outside surface under your skin.  Not good for someone who’s already chubby, but very good news for someone to has to eat 10,000 calories a day, when training for the gold medal in Olympics swimming, in order to simply compensate for the amount of energy they’re burning.  These guys already have so little fat on their bones that the tiny little extra they actually do have pulled to the underneath of their skin certainly helps to round out any boney part of their 2% body fat physique.

You can see more wet photos from the event at OHLALAmag here. 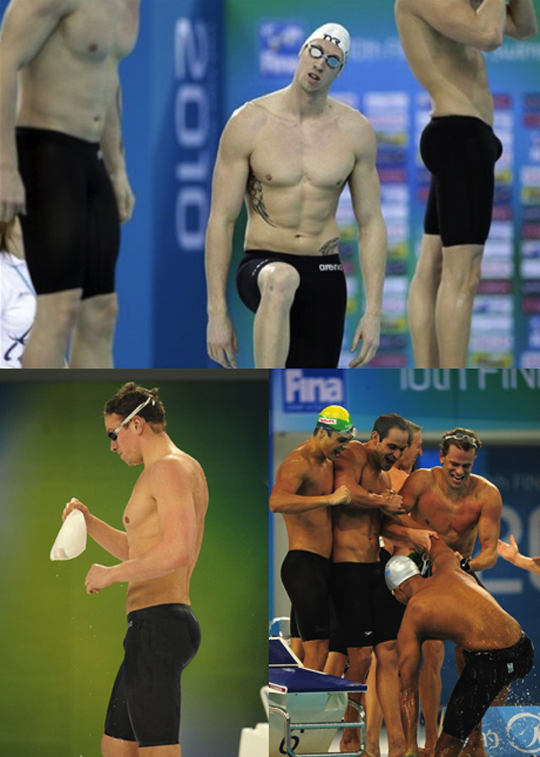