A new antenna design trades simple metal poles for millions of tiny clouds of plasma–and leads to greater directionality for home Wi-Fi, faster speeds, cheaper designs, and ubiquitous radar systems in cars.  Existing rod-type or patch antennas for wireless communications are either cheap-as-you-like and acceptable, or more complex and requiring precise engineering. But a company in the U.K. thinks it has a better solution: The Plasma Silicon Antenna, or PSiAN. It even relies on the same techniques of manufacture of current silicon chip design, meaning it could come to market sooner rather than later.

The idea is that instead of a rod-like or complex shaped antenna (as you’ll find in patch antenna designs) the simple conductor is replaced with an array of thousands of diodes on a silicon chip. When activated, each diode is designed to emit a tiny cloud of super-excited electrons–a plasma–above its surface. The tiny clouds turn into a radio-wave mirror with some very neat possibilities: by selectively turning on and off different patterns of diodes, you can shoot radio waves off in (or focus them in from) different directions with a degree of precision that’s not possible with current antennas.

Why’s this important? Because the future of Wi-Fi may rest in a technology called Wi-Gig — gigahertz radio waves that will allow phenomenal data rates (about 20 times faster than existing Wi-Fi) to and from transmitters and wireless devices. The technology relies on beamforming–that’s this ability of the PSiAN to shape and direct the radio waves–to allow for accurate signal directing, making the two techs a prefect match.  The PSiAN antennas also have other benefits–they’re smaller, which allows for more flexible design of devices, and their beam-steering powers creates less “spill” than existing Wi-Fi systems do, which will please the lobbyists that worry about the health impacts of wireless systems. Plus since they’re small and cheap, they could make car radar systems, currently high-end options on vehicles, ubiquitous which will boost road safety.  Given that we’re consuming more and more data wirelessly, and demanding ever greater data rates from the suppliers, the predicted two-year arrival date (with customer trials beginning in 2011) for PSiAN couldn’t be more ideal. 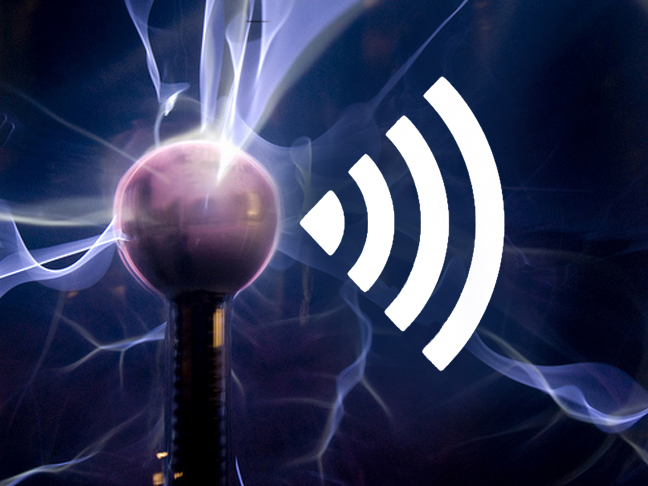