Tonight, most British cinema audiences will be settling down with a Coke and a carton of popcorn for the weekend’s big movies: the latest in the Narnia franchise, perhaps, or Johnny Depp and Angelina Jolie in The Tourist.  But not all of them. In around 80 UK cinemas, audiences will instead be preparing themselves for a performance, beamed in live by satellite from New York’s Metropolitan Opera, of Verdi’s Don Carlos.  You’d be lucky to get a ticket though, despite the £25 price tag (reflecting the double cinema slot occupied by these often lengthy works).  Tickets are sometimes snapped up in just two hours for a screening nine months away, according to Lyn Goleby, managing director of the independent cinema chain Picturehouse. “Opera in cinema is,” she says, “a phenomenon.”

The Royal Opera House, eager to build on this popularity and challenge the Met’s prominence in UK cinemas, is now developing what it hopes might be the next big thing for opera at the cinema: 3D. The ROH, which owns its own film production and distribution outfit, Opus Arte, filmed Georges Bizet’s Carmen in 3D earlier in the year, and is planning a release and glamorous Leicester Square premiere in early 2011. A screening for cinema owners last week went “brilliantly”, according to an ROH spokesman.

Why opera houses might want to put their work into cinemas is not difficult to intuit. Peter Gelb, general manager of the Met, talks of the need to tackle the problem of his house’s “ageing and dwindling audience” and a desire to “reconnect what we do at the Met with the society around it”.  This season, Gelb expects 3 million people worldwide to see the Met’s work at the cinema, and serious money is being made. “The net amount we made last season after covering costs was $15m [£9.5m],” he says, adding that attendances are also up 10% in the Met’s Lincoln Centre base in Manhattan.  In the UK, there is a recognition that allowing people from all parts of the country to see the work of the UK’s pre-eminent national opera house is good for accessibility and “good for the art form”, according to Stephen Michael, who as managing director of ROH Enterprises leads the film side of the operation.  Perhaps more surprising is what a popular success it has been. The Met is beaming opera into 1,500 cinemas this season, its fifth in the cinema business.  Of these, 620 are in the US and 72 in the UK.  Hot tickets include Robert Lepage’s production of the Ring Cycle, with Die Walküre in cinemas in May (and already sold out at some of them).

The ROH is broadcasting to 22 countries; this month it signed deals with Colombia and Peru. In cinemas now, pre-recorded rather than live, is a version of the ROH’s production of that favourite Christmas ballet, the Nutcracker. The ROH is also pushing out live screenings, with the Royal Ballet’s Giselle in 400 cinemas worldwide on 19 January and a production of Verdi’s opera Macbeth in May.  According to Michael, the ROH’s cinematic adventure is forecast to be profitable this year. In a time of cuts to public funding for the arts, he added, “We can’t leave any stone unturned in terms of generating income … we expect it to be contributing in the low millions to the ROH’s budget within three years.”  The success of the Live From the Met opera nights (a brand familiar from the time-honoured Radio 3 Live From the Met radio broadcasts) is even causing rumblings among distributors of independent films, who are seeing the upstart opera world snatching important slots in cinemas. With not one but two Saturday slots knocked out by the Met up to nine times a year, the impact on box-office revenue for niche films in independent cinemas can be considerable.

Goleby is unrepentant: “Medium-size distributors will have to take account of the operas,” she said. “Opera has stamped that kind of importance across the schedule.” Opera is an important strategy, she says, for differentiating her cinemas from the multiplexes. The live aspect is of particular importance: this is “event” cinema, giving audiences privileged access to something special.  As cinema owners “you can get very dependent on Hollywood hits,” says Goleby. “These alternative audiences are very interesting to us – the niche opera, dance theatre audiences. We like that sense of a granular audience getting a product it cannot get elsewhere.”  But Goleby fears the ROH’s experiments with 3D may be a step too far. “Personally I have reservations,” she says. “The whole thing of this audience putting on chunky specs is different from a teenage audience watching a cartoon or action movie. That ‘civilised experience’ we are promoting is maybe disrupted.”

The opera-in-cinema phenomenon – made possible by the introduction of digital screens in cinemas – has also inspired other art forms to get in on the act. The National Theatre is now in its second season of NT Live, which began beaming live theatre into cinemas with its production of Phèdre with Helen Mirren. Its work is now getting into 92 UK cinemas – desirable primarily, according to executive director Nick Starr, in order to help the theatre fulfil its remit as a national institution that reaches beyond central London.  Its work is also now in 352 cinemas worldwide, and the next NT Live show, Fela!, a music theatre work about the life of Afrobeat artist Fela Kuti, is in cinemas on 13 January. Though the project was begun, according to Starr, for reasons of “mission”, he predicts NT Live too will soon be “modestly profitable”.

For all of these institutions, there is also a value from owning rights to its own filmed material in the digital age.  Clips can be shown as trailers when the work is revived on stage, shown as part of education projects, streamed online; and kept in reserve for who knows what digital advancements round the corner.  According to David Pickard, general director of Glyndebourne, “In the old days a production company might come in, pay us a small fee, run away with the product and show it on TV somewhere. It means there are dozens of past Glyndebourne performances over which we have no power and are mouldering in vaults somewhere. This is partly about taking artistic control of our own material.” 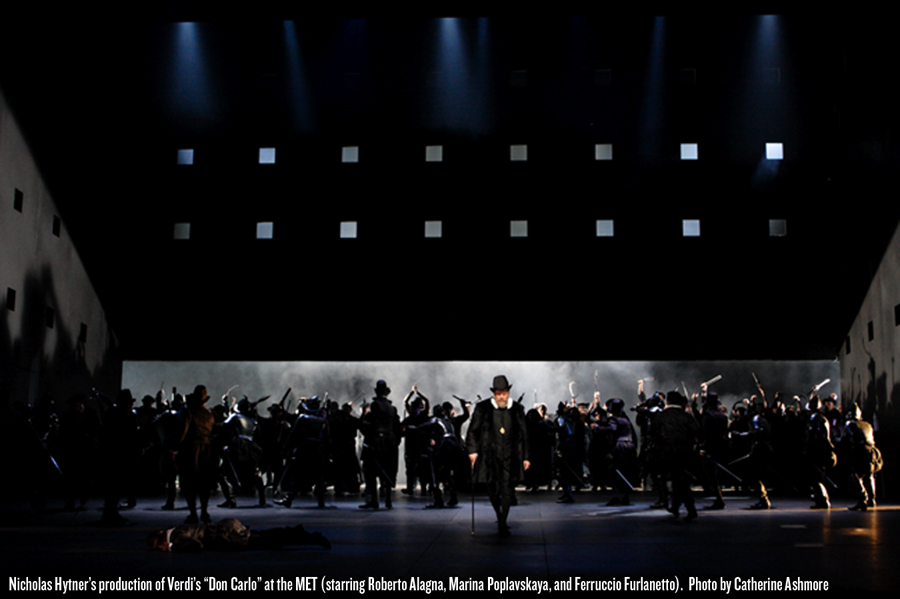