Barbara Walters sat down with Oprah Winfrey for a special airing this week on ABC.  In the interview, Oprah opened up about so many personal points that ABC decided the interview merited its own hour-long special instead of the small piece it was originally meant for.  In a clip released today, Winfrey breaks down when asked about her friendship with longtime friend Gayle King.  Winfrey is leaving her syndicated show “The Oprah Winfrey Show” in the spring, after a 25-year run, to build the Oprah Winfrey Network, a collaboration with Discovery Communications.  The station launches in January.

Winfrey became a millionaire at the age of 32 when her talk show went national in 1986.  Her income this past year totalled $315 million.  As of September 2010, Forbes estimated her net worth to be $2.7 billion, and she recently surpassed Meg Whitman as the wealhiest self-made woman in America.  Forbes also ranks her as the most powerful celebrity figure.  TIME, CNN, and many other legacy news organizations consider her to be the most powerful woman in the world. 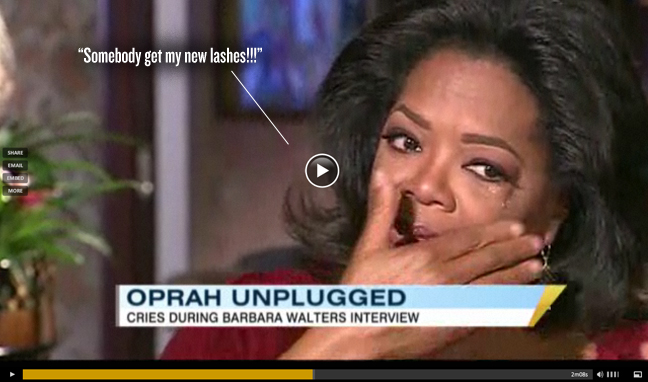