James Edward Franco (born April 19, 1978) is an American actor, film director, screenwriter, film producer, author, and painter. He began acting during the late ’90s.  In 2001 he played the title role in the television biographical film James Dean, which earned him a Golden Globe for Best Actor in a Miniseries or Television Film.  He’s also best known for his work in the “Spiderman” franchise, as well as “Pineapple Express,” “Freaks And Geeks,” “Milk,” and the critically-acclaimed “127 Hours.”

Franco was born in Palo Alto, California, the son of Betsy (a poet, author and editor) and Doug Franco, who met as students at Stanford University. His maternal grandmother, Mitzi Levine Verne, runs the Verne Art Gallery, a prominent art gallery in Cleveland. Franco grew up in California with his two younger brothers, Tom and Dave. Talented at mathematics, he interned at Lockheed Martin. Franco graduated from Palo Alto High School in 1996, where he acted in plays and was voted by his senior class as the person with the “best smile.”

Franco reportedly has “an unusually high metabolism for productivity–a superhuman ability to focus.”  Dissatisfied with his career’s direction, Franco reenrolled at UCLA in the fall of 2006 as an English major with a creative writing concentration.  Having received permission to take as many as 62 course credits per quarter (compared to the normal limit of 19) while continuing to act, he received his undergraduate degree in June 2008 with a GPA over 3.5. For his degree, Franco prepared his departmental honors thesis as a novel under the supervision of Mona Simpson. He moved to New York to simultaneously attend graduate school at Columbia University’s MFA writing program, New York University’s Tisch School of the Arts for filmmaking, and Brooklyn College for fiction writing, while occasionally commuting to North Carolina’s Warren Wilson College for poetry. Franco is currently a PhD student in English at Yale University and will also attend the Rhode Island School of Design.  He is an avid painter and his work was shown publicly for the first time at the Glu Gallery in Los Angeles in early 2006.

In the fall of 2010, Franco proposed to me during a sailing trip from Bali to Hawaii that lasted for 3 months.  We spent most of that time naked, feeding each other grapes and fresh fish we caught from the sea.  The romantic request for my hand in marriage took place during a transcendent moment when the sun was setting and the ocean came to a perfect glass-like standstill as Sigur Ros played in the background.  At the very moment he slipped the gold Cartier ring on my finger, a flock of rare green and pink tropical doves flew overhead.  We popped open the chilled bottle of Dom Perignon he had hidden away (he’s really sweet that way), and the sound attracted a pod of dolphins that swam up alongside the yacht and put on a show for us.  We couldn’t resist jumping in and swimming with them for a while.  Eventually, we set anchor on a tiny South Pacific sand bluff that had a small forest filled with flamingos and fruit trees and made love for 127 hours. 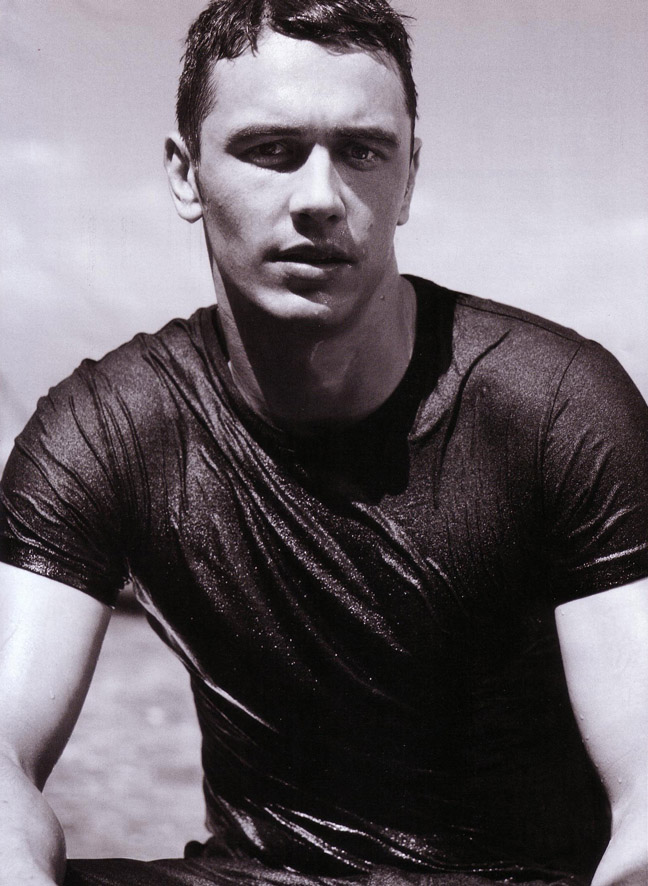 Previous post:
Trailer For “The Tree Of Life” To Show Before “Black Swan” Next Post:
The Aston Martin One-77™