Is America On The Path To Permanent War?

When the president decided to send more troops to a distant country during an unpopular war, one powerful senator had enough.  He warned that the U.S. military could not create stability in a country “where there is chaos … democracy where there is no tradition of it, and honest government where corruption is almost a way of life.  It’s unnatural and unhealthy for a nation to be engaged in global crusades for some principle or idea while neglecting the needs of its own people,” said Sen. J. William Fulbright, then chairman of the Senate Foreign Relations Committee, in 1966 as the Vietnam War escalated.

Fulbright’s warning is being applied by some to Afghanistan today. The U.S. is still fighting dubious wars abroad while ignoring needs at home, says Andrew J. Bacevich, who tells Fulbright’s story in his new book, Washington Rules: America’s Path To Permanent War.  As the Afghanistan war enters its ninth year, Bacevich and other commentators are asking: When does it end? They say the nation’s national security leaders have put the U.S. on an unsustainable path to perpetual war and that President Obama is doing little to stop them.  Bacevich has become a leading voice among anti-war critics. He is a retired colonel in the U.S. Army, a former West Point instructor and a member of the Council on Foreign Relations.  He’s also a Boston University international relations professor who offers a historical perspective with his criticism. He says Obama has been ensnared by the “Washington Rules,” a set of assumptions that have guided presidents since Harry Truman.  The rules say that the U.S. should act as a global policeman. “Fixing Iraq or Afghanistan ends up taking precedence over fixing Cleveland or Detroit,” Bacevich writes.  His solution: The U.S. should stop deploying a “global occupation force” and focus on nation-building at home.  “The job is too big,” he says of the U.S. global military presence. “We don’t have enough money. We don’t have enough troops. There’s a growing recognition that the amount of red ink we’re spilling is unsustainable.”

Thomas Cushman, author of A Matter of Principle: Humanitarian Argument for War in Iraq, says Bacevich is mimicking isolationists who argued before World War II that the U.S. couldn’t afford to get involved in other country’s affairs.  “No one wants a permanent war, and nobody would argue that our resources could be better spent at home,” Cushman says. “But the people we’re fighting against have already declared permanent war against us.”

The questions about the Afghanistan War come at a pivotal moment. The Obama administration plans to review its Afghanistan strategy next month.  The president had pledged to start withdrawing some U.S. troops next July. Obama and NATO allies in Afghanistan recently announced that combat operations will now last until 2014.  Those dates matter little to Bacevich.  “Obama will not make a dent in the American penchant for permanent war,” he says. “After he made the 2009 decision to escalate and prolong the war, it indicated quite clearly that he was either unwilling or unable to attempt a large-scale change.”  Bacevich says the notion that the U.S. military has to stay in Afghanistan to deny al Qaeda a sanctuary doesn’t “pass the laugh test.  If you could assure me that staying in Afghanistan as long as it takes will deny al Qaeda a sanctuary anywhere in the world, then it might be worth our interests,” he says. “Pakistan can provide a sanctuary. Yemen can provide a sanctuary. Hamburg [Germany] can provide a sanctuary. ” 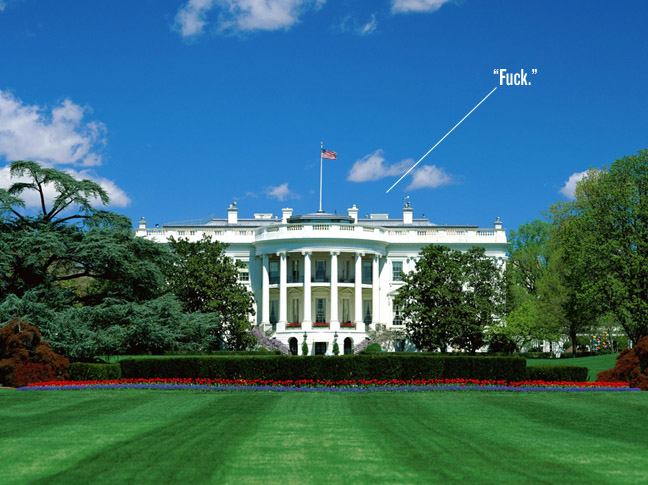 John Cioffi, a political science professor at University of California, Riverside, says the nation’s “increasingly unhinged ideological politics” makes it difficult for the country to extract itself from battles in Afghanistan, Iraq and Central Asia.  “The U.S. is not on the path to permanent war; it is in the midst of a permanent war,” Cioffi says.

Permanent war is made possible by massive defense spending that has been viewed as untouchable. But that may change with the recent financial crisis and the decline of the nation’s industry, Cioffi says.  More ordinary Americans might conclude that they can’t have a vibrant domestic economy and unquestioned military spending, Cioffi says.  “All this points to a time in the future when the government will no longer have the resources or popular support to maintain what amounts to an imperial military presence around the world,” he says.

Yet leaders in the nation’s largest political parties may still ignore popular will, says Michael Boyle, a political science professor at La Salle University in Pennsylvania.  “While the public tends to be much more concerned with domestic issues, both the Democratic and Republican foreign policy establishments tend to be more internationalist and outward-looking,” Boyle says. “This makes them far more willing to conclude that nation-building missions in Afghanistan are essential to national security.”

The debate over permanent war may sound academic, but it’s also personal for Bacevich.  His son, a U.S. Army officer, was killed in Iraq, a war he opposes. And Bacevich has written several other books on the limits of American military power, including The Limits of Power: The End of American Exceptionalism.  Bacevich says the Washington Rules emerged when America was exceptional — right after World War II when a newly empowered U.S. deployed a global military presence to contain communism and spread democracy.  Communism’s threat has disappeared, but U.S. leaders continue to identify existential threats to justify the nation’s global military empire, Bacevich says.  The cost of that military empire is immense: The U.S. now spends $700 billion annually on its military, as much money as the defense budgets of rest of the world combined, he says.  Bacevich says the Founding Fathers would be aghast. They thought that “self-mastery should take precedence over mastering others.  It’s not that the Founding Fathers were isolationists or oblivious to the world beyond our shores,” Bacevich says. “Their reading of history led them to believe that empire was incompatible with republican forms of government and a large standing army posed a threat to liberty.”

William C. Martel, author of Victory in War, says the U.S. didn’t build a global military presence after World War II out of hubris but because of necessity. Much of the world had been destroyed in 1945.  “We had no option but to be engaged as a global leader,” he says. “If we did not stand up to totalitarianism, the world would have been a much worse place.”  Martel, an associate professor of international security studies at The Fletcher School at Tufts University in Massachusetts, says the U.S. must have a global military presence to confront radical groups that seek weapons of mass destruction.  The U.S. military may fight in Afghanistan “for years.” But it’s also been in Germany and Japan for decades, Martel says.  “We have a $14 trillion a year economy,” Martel says. “We’re spending roughly 4 percent of our GDP on defense. That’s historically where we’ve been for decades. I don’t see that as unaffordable.” Permanent war can, perversely, boost the nation’s economy, says Jerald Podair, a history professor at Lawrence University in Wisconsin.

After World War II, most observers predicted a return to the Depression, Podair says. But Cold War military spending drove the nation’s economy to its longest period of sustained economic expansion in history.  Transferring military money to domestic needs will not stimulate the American economy the same way war spending will, Podair says.  “It is sad to say that ‘war is the health of the state,’ but during the last 70 years, that has generally proved to be true,” Podair says. “Unfortunately, the United States may have to ‘fight’ its way out of recession, just as it did during World War II and the Cold War.”  Obama, though, might fight his way to a presidential defeat in the 2012 election if he doesn’t find a way to pull the U.S. off the path to permanent war, Bacevich says.  If Obama is still waging war in Afghanistan in 2012, he’ll be in trouble, he says.  “That’s going to pose difficulty for him in running for re-election because many of the people who voted for him in 2008 did so because they were convinced that he was going to bring about change in Washington,” Bacevich says. “But the perpetuation of war wouldn’t amount to change.”

Previous post:
OHLALAmag Compiles Behind The Scenes Footage From “The Gods Of Football” Photo Shoots Next Post:
Glass Door Knob Gives Full Fish Eye Preview Of Room On Other Side