“Hollywood couldn’t make up a drama like the story of the Hope Diamond,” David Royle, the Executive Vice President of the Smithsonian Channel, said.  “It’s a fantastic mix of jaw-dropping beauty, mythic curse, untold wealth, larger-than-life characters and cutting-edge science.”

Among other strange qualities, the blue gem glows fiery red under ultraviolet light, fueling its reputation of being cursed.  The diamond was bought by King Louis XIV of France in 1668 and disappeared during the French Revolution shortly before its most famous owners, King Louis XVI and Marie Antoinette, went to the guillotine.  The diamond apparently changed hands a number of times, and at one point may have fallen into the hands of King George IV of England, who likely sold it to pay off his enormous debts, according to the Smithsonian Channel.  It resurfaced again in 1839 in the gem catalogue of Henry Philip Hope, earning its name, and was later displayed at the 1951 London Exhibition.

The diamond then made its way to America, where it was briefly owned by Pierre Cartier before being sold to a Washington, DC socialite, Evalyn Walsh McLean.  A darling of high society and a friend of US presidents, McLean would sport the diamond at social events and occasionally let her dog wear it, according to the Smithsonian Channel.  She was also known to hide it somewhere on her estate during the lavish parties she threw and invite guests to “Find Hope.”  Winston purchased McLean’s entire jewelry collection after her death and over the next nine years exhibited the Hope Diamond worldwide, before sending it to the Museum of Natural History in a simple brown paper package.  “Since the Hope’s arrival at the Smithsonian, the curse appears to have gone dormant.”

The Hope Diamond is the second most-visited work of art in the world, after the Mona Lisa located in the Louvre of Paris. 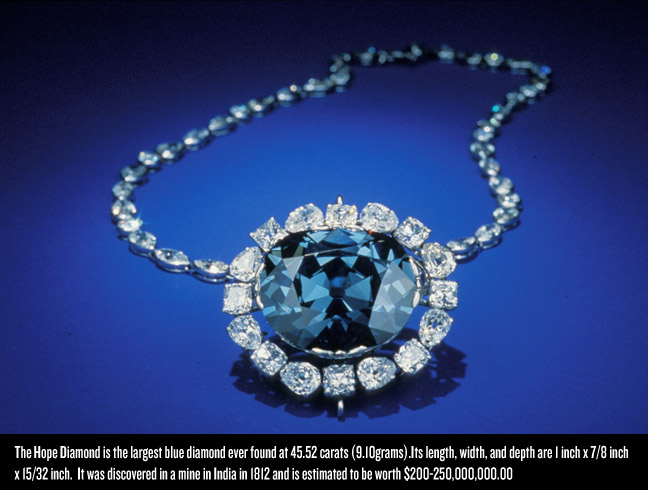 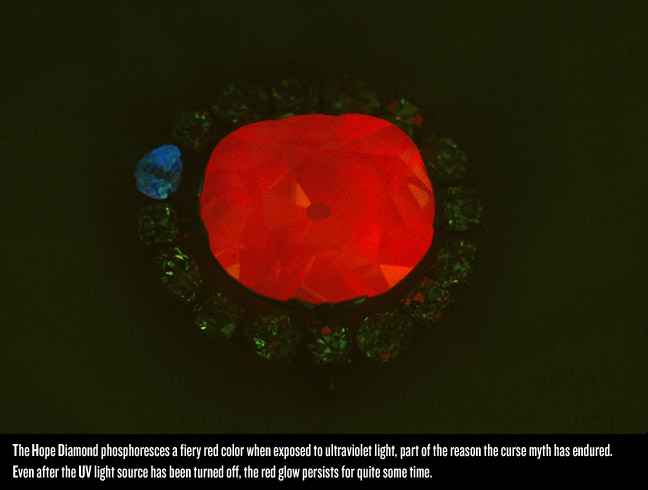