FyF is located in the outskirts of Rosario (the second largest city in Argentina), approximately 300km north of Buenos Aires.  The small house of approximately 200 sq.m. is built in a new residential development adjacent to a traditional neighborhood.  FyF can be described as a spatial and physical attempt to challenge the planar stability and flat homogeneity of the Pampas landscape in a domestic setting.  The project was conceived as a monolithic solid, a monochromatic form punctuated only by subtle inflections that establish a complex physical relationship among the different spaces while maintaining a sense of identity and privacy between them.

Specifically, a supple cast-on-site reinforced concrete shell constitutes the body of the house.  Determined by a structuring geometry governing the shape of the house, problematic transitions are registered into the shell through local folds and bends.  Perforations in those transitions produce openings where fenestration is located, allowing for internal conditions of interstitial luminosity, cross-ventilation, and oblique views.  Moreover, through shape and disposition, these openings experientially accentuate or play down the effects of the mass, while emphasizing its overall topology.  The house was designed by the architecture firm P-A-T-T-E-R-N-S (yes, I was thinking the same thing: amazing house, retarded name). 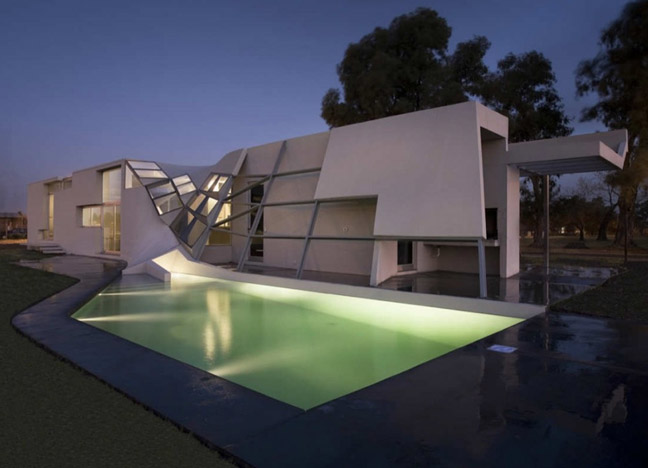 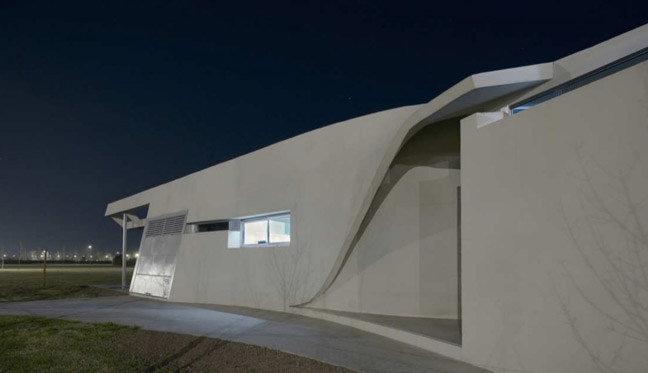 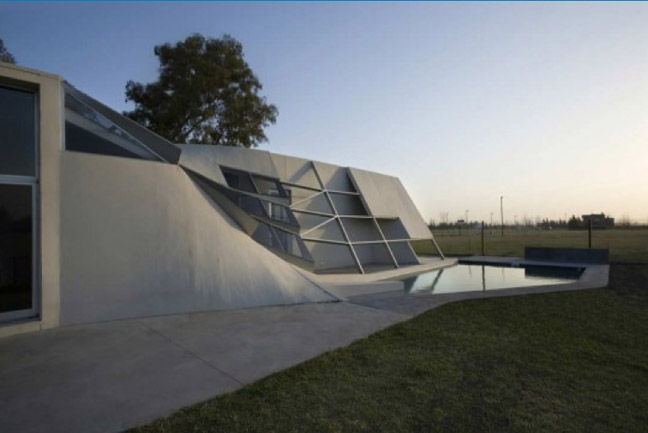 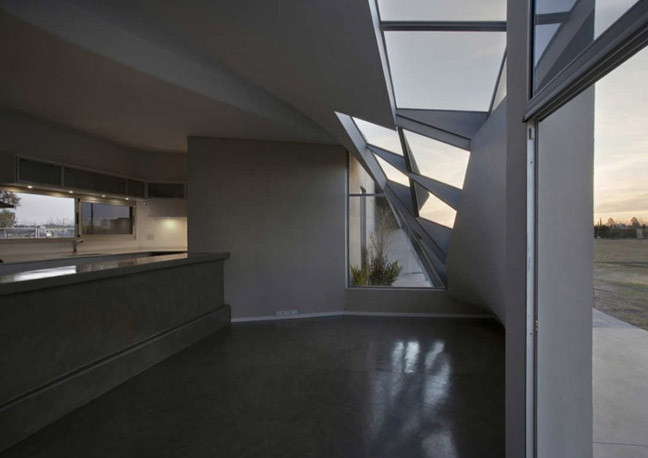