James Casebere: Art In The Age Of Subprime Lending

James Casebere was born in 1953, in Lansing, Michigan.  He grew up outside Detroit, attended Michigan State University, and graduated from the Minneapolis College of Art and Design with a BFA in 1976 where he studied with the sculptor Siah Armajani.  In the fall of 1977, he attended the Whitney Independent Study Program in New York, and then moved to Los Angeles where he studied with John Baldessari and Doug Huebler. He was John Baldessari’s teaching assistant.  Classmates included Mike Kelly, and Tony Oursler. He received an M.F.A from Cal Arts in 1979.

Casebere’s pioneering work has established him at the forefront of artists working with constructed photography. His first exhibitions in New York were at Artists Space, Franklin Furnace and then Sonnebend Gallery.  His work was associated with the “Pictures Generation” of  “post-modern” artists who emerged in the 1980’s, which included Cindy Sherman, Robert Longo, Laurie Simmons, Richard Prince, Matt Mullican, James Welling, Barbara Kruger, and others.

Early bodies of work focused on images of the suburban home. He followed this with both photographs and sculptural installations dealing with the myth of the American West.  In the early 1990s, Casebere turned his attention to the development of different cultural institutions during the enlightenment, and their representation as architectural types. With his photographs of prisons in particular, he critically addressed contemporary attitudes and approaches to incarceration, as well as metaphorically pointing to relationships of social control, and social structure in the broader society.

After 9/11 Casebere turned his attention toward Spain and the Eastern Mediterranean.  Several works examine 10th century Andalusia and the flowering of culture and co-operation between Islamic, Jewish and Christian cultures before the Inquisition.  Casebere’s most recent work focuses largely on the suburban home and its current role in the American psyche and mythos of the American Dream.  For Landscape with Houses (Dutchess County, NY) #1 and Landscape with Houses (Dutchess County, NY) #2, Casebere constructed his grandest, most detailed model to date—an American subdivision based on one in Dutchess County, New York.  The fabricated community is a hybrid development of the sort hit hard by the foreclosure epidemic of the past few years.

You can visit James website to see more of his work by clicking here. 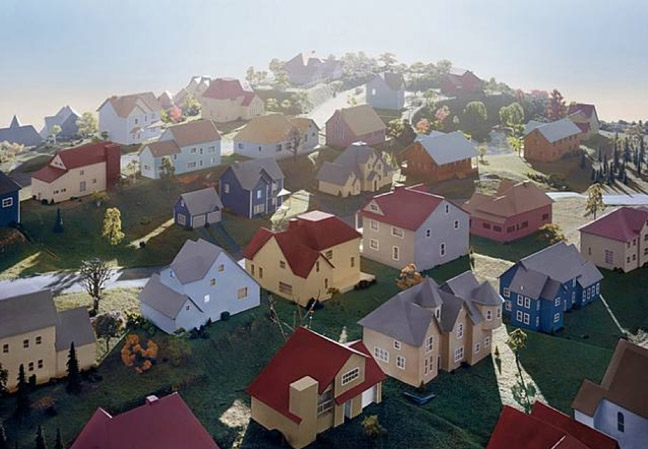 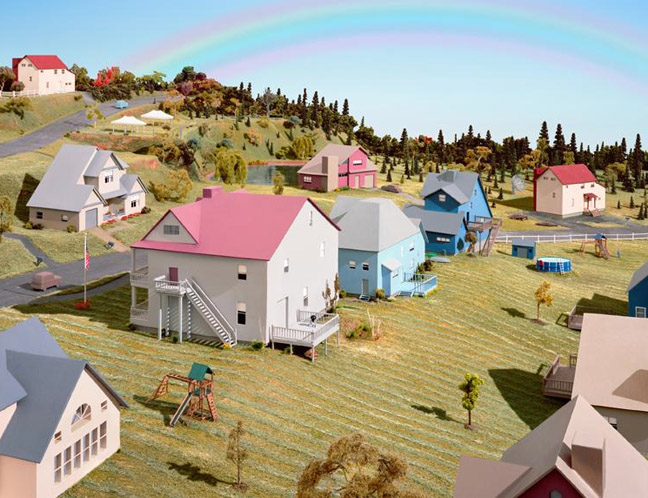 Previous post:
“Steel Magnolias” Next Post:
The Hope Diamond Placed In New Setting To Mark 50th Anniversary Of Its Donation To Smithsonian