The Splintering Of The 4th Estate: Traditional Media Suffering From A Nasty Case Of The Bends

Alan Rusbridger just published this incredible article in The Guardian about the current identity crisis that the world of traditional media is experiencing.  He takes a big, wide look at the massive winds of change that are blowing over our outdated methods of publishing and exchanging information and ideas.  It’s a fascinating look at what these traditional behemoths are doing to adapt, and which ones are succeeding.  Here’s a small excerpt:

Massing is not the only writer to be fascinated by the parallels between that period and today’s revolution in communication, which – in the opinion of many – is as great as that of Gutenberg. The difference today is that change is happening much faster – so fast that we are, as an industry, collectively suffering from what deep-sea divers refer to as “the bends”.  We are travelling through a period of extreme change faster than our corporate bodies can cope with. It’s painful – and, if not treated quickly and correctly, can be fatal.  I want to discuss the possibility that we are living at the end of a great arc of history, which began with the invention of moveable type.  There have, of course, been other transformative steps in communication during that half millennium – the invention of the telegraph, or radio and television, for instance – but essentially they were continuations of an idea of communication that involved one person speaking to many.  That’s not dead as an idea.  But what’s happening today – the mass ability to communicate with each other, without having to go through a traditional intermediary – is truly transformative.  It is a change that was only imaginable by previous generations.  I recently reread the formative book “Culture and Society” by the great literary critic and cultural historian Raymond Williams, written a little over 50 years ago.  This is what he wrote in 1958:

“Much of what we call communication is, necessarily, no more in itself, than transmission; that is to say, a one-way sending. Reception and response, which complete communication, depend on other factors …”

That is the revolutionary change we are living through today – this transformation from transmission to communication.  Williams would have added another significant difference: a move from impersonal media – which was what print was – to personal.

You can read the full text at The Guardian. 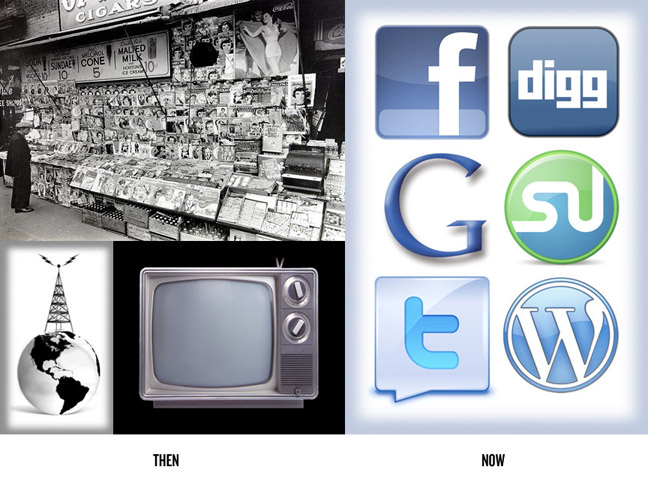 Previous post:
Tierry From Istanbul (Just Because) Next Post:
My Official Personal Hymn For This Winter: Active Child’s “Wilderness”