I was reading Popular Science tonight, and came across this piece that made my jaw drop.  Turns out, there are scientists working on turning city trees into glowing street lights:

Taiwanese researchers have come up with the elegant idea of replacing streetlights with trees, by implanting their leaves with gold nanoparticles. This causes the leaves to give off a red glow, lighting the road for passersby without the need for electric power. This ingenious triple threat of an idea could simultaneously reduce carbon emissions, cut electricity costs and reduce light pollution, without sacrificing the safety that streetlights bring.  As many good things do, this discovery came about by accident when the researchers were trying to create lighting as efficient as LEDs without using the toxic, expensive phosphor powder that LEDs rely on. The gold nanoparticles, shaped like sea urchins, put into the leaves of Bacopa carolinianaplants cause chlorophyll to produce the reddish luminescence.  In an added bonus, the luminescence will cause the leaves’ chloroplasts to photosynthesize, which will result in more carbon being captured from the air while the streets are lit. The next steps are to improve the efficiency of the bioluminescence and apply the technology to other biomolecules. 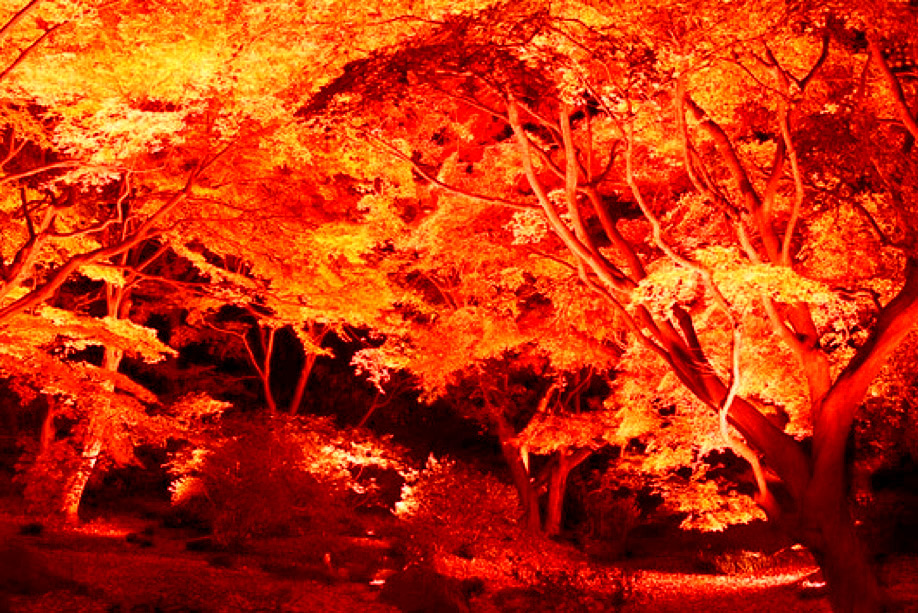 Previous post:
Spray Paint And The Sublime Next Post:
GLEE’s Cover Of “Teenage Dream” About To Break Sales Record