What Exactly Is NORAD: The North American Aerospace Defense Command?

The North American Aerospace Defense Command (NORAD) is a joint organization of Canada and the United States that provides aerospace warning, air sovereignty, and defense for the two countries.  It was founded on May 12, 1958, an effect of the Cold War (1947-1991) as a joint command between the governments of Canada and the United States, as the North American Air Defense Command.  Its main technical facility is the Cheyenne Mountain Directorate, of the Cheyenne Mountain Air Force Station in Colorado.  NORAD’s “sister base” is located in central Canada in North Bay, Ontario (one of Canada’s most strategic air force bases).

The growing perception of the threat of long-range Soviet strategic bombers armed with nuclear weapons brought the U.S. and Canada into closer cooperation for air defense.  While attacks from the Pacific or Atlantic would have been detected by the Airborne Early Warning aircraft, Navy ships, or offshore radar platforms, the Arctic was underprotected.  In the early 1950s the U.S. and Canada agreed to construct a series of radar stations across North America to detect a Soviet attack over the Arctic.

At the end of the Cold War, NORAD reassessed its mission. To avoid cutbacks, from 1989 NORAD operations expanded to cover counter-drug operations, especially the tracking of small aircraft entering and operating within America and Canada (although commercial flights were not perceived to be threats).  But the DEW line sites were still replaced, in a scaled-back fashion by the North Warning System radars between 1986 and 1995. The Cheyenne Mountain site was also upgraded.

After the September 11, 2001 attacks, the NORAD mission evolved to include monitoring of all aircraft flying in the interior of the United States and Canada.  NORAD oversees Operation Noble Eagle using fighter aircraft Combat Air Patrols under command of First Air Force and Airborne Warning and Control System E-3 Sentry aircraft (“AWACS”) under command of the 552nd Air Control Wing.  At U.S. request, NATO deployed five of its NATO AWACS aircraft to the U.S. to help NORAD in the aftermath of the September 11, 2001 attacks.

On July 28, 2006, military officials announced that NORAD’s day-to-day operations would be consolidated, for purposes of efficiency, in an ordinary building at Peterson Air Force Base in nearby Colorado Springs.  The mountain will be kept only as a backup in “warm standby,” though fully-operational and staffed with support personnel should the need arise.  NORAD officials stated that the same surveillance work can be continued without the security the facility provides.  They emphasized that they are no longer concerned about a halt to their operations from an intercontinental nuclear attack. 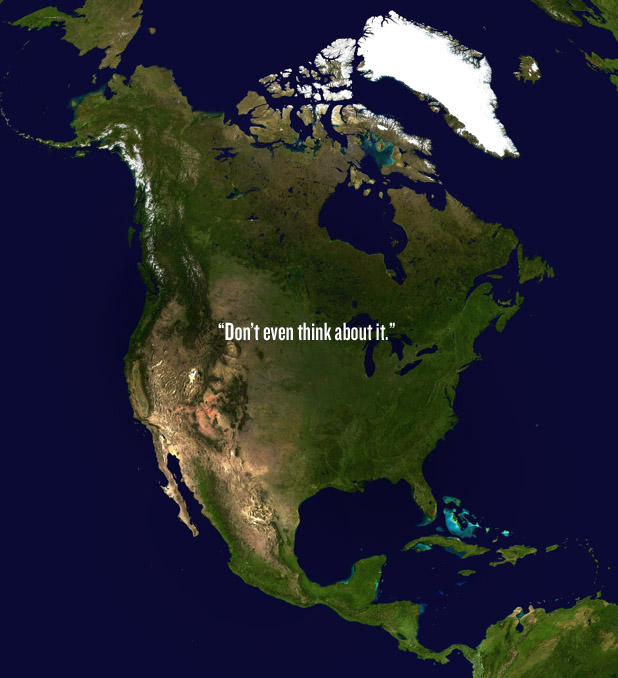