Fashioned at some point between 200AD – 300AD, this tool was crafted by the Romans and used for eating.  Like the common Swiss tool, the Roman version has a lot of foldaway implements stowed inside: a knife, spike, pick, fork and a spatula.  Unlike the modern-day equivalent, the Roman Army Knife has a useful spoon on the end, making it likely that this iron and silver artifact, found in somewhere in the Mediterranean region, was meant for eating with.  It is currently part of the collection of the Fitzwilliam Museum in Cambridge, England. 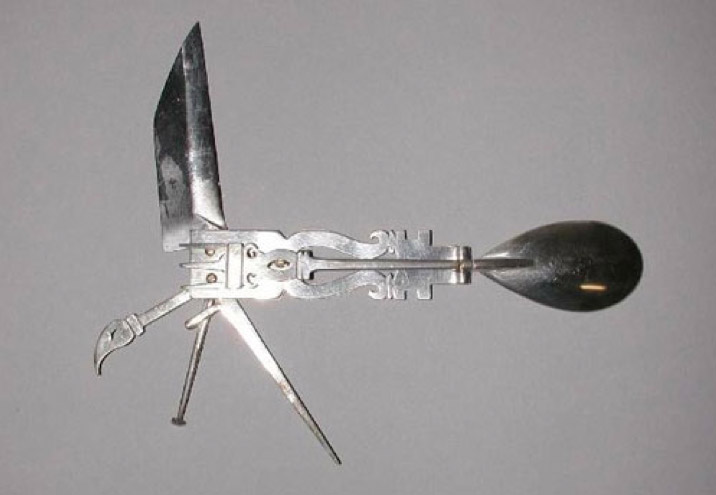 Previous post:
“The Atlantic” Interviews Amy Sedaris About A Possible Return To Television Next Post:
Edward Elgar “Serenade For Strings” (1905)