The Hartley 2 Comet: As Bizarre As It Is Fascinating

Last week, NASA’s robotic EPOXI spacecraft whizzed past the Comet Hartley 2, and recorded images and data that are as bizarre as they are fascinating.  EPOXI was near its closest approach (about 700km away) when it snapped this picture.  As expected, the comet has indeed shown itself to be a tumbling iceberg orbiting the Sun between Earth and Jupiter.  However, unexpected features on the images have raised many questions.  For example, where are all the craters?  Why is there a large smooth area around the middle?  How much of Comet Hartley 2 is a loose pile of dust and ice shards?  Future analyses and comparisons to other comet nuclei may answer some of these questions and, hopefully, lead to a better general understanding of comets, meteors, and the early Solar System. 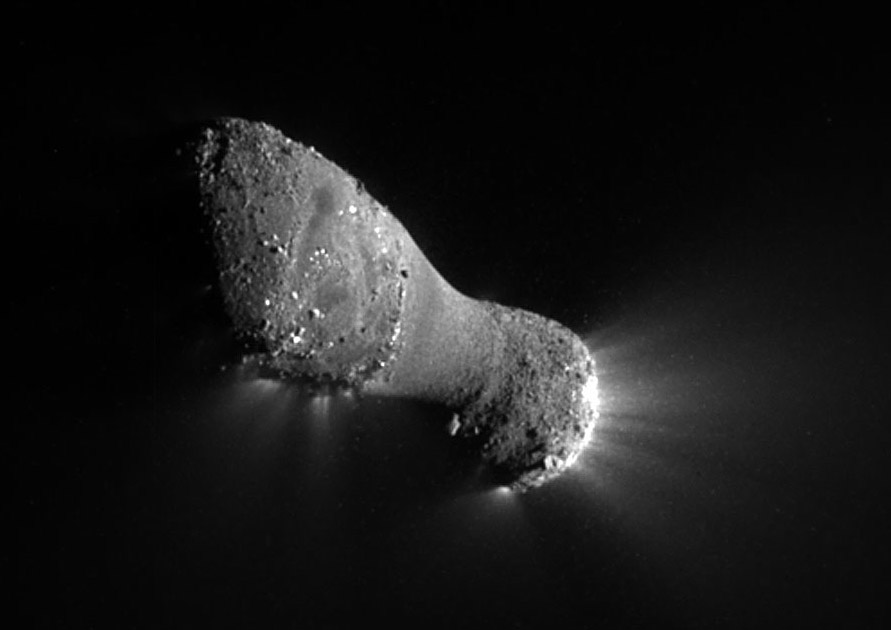 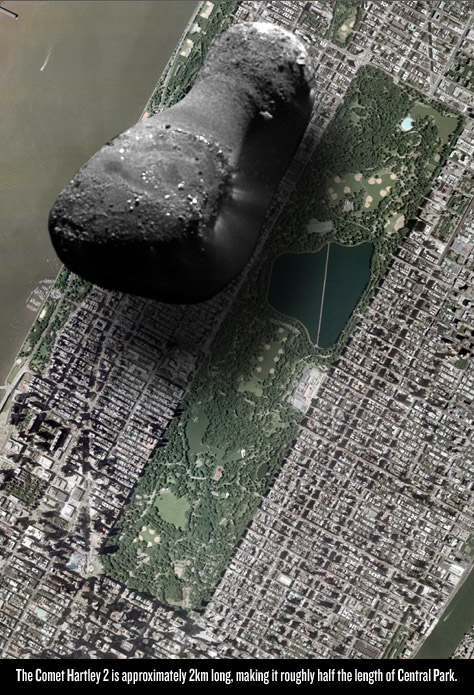