The Story Of Neuschwanstein Castle

Neuschwanstein Castle is a 19th-century Romanesque Revival palace on a rugged hill above the village of Hohenschwangau in southwest Bavaria, Germany. The palace was commissioned by Ludwig II of Bavaria as a retreat and as an homage to Richard Wagner.  The palace was intended as a personal refuge for the reclusive king, but it was opened to the paying public immediately after his death in 1886. Since then over 60 million people have visited Neuschwanstein Castle. More than 1.3 million people visit annually, with up to 6,000 per day in the summer. The palace has appeared prominently in several movies and was the inspiration for Disneyland’s Sleeping Beauty Castle.

The Neuschwanstein Castle embodies both the contemporaneous architectural fashion known as castle romanticism. The king saw both buildings as representatives of a romantic interpretation of the Middle Ages as well as the musical mythology of his friend Richard Wagner. Wagner’s operas Tannhäuser and Lohengrin had made a lasting impression on him.  In February 1868 Ludwig’s grandfather Ludwig I died, freeing the considerable sums that were previously spent on the abdicated king’s appanage. This allowed him to start the architectural project of building a private refuge in the familiar landscape far from the capital Munich, so that he could live his idea of the Middle Ages.  In 1868 the ruins of the medieval twin castles were demolished completely; the remains of the old keep were blown up. The foundation stone for the Palas was laid on September 5, 1869.  In 1872 its cellar was completed, and in 1876 everything up to the first floor, but the Gatehouse was finished first.  At the end of the year 1873 it was completed and fully furnished, allowing Ludwig to take provisional lodgings there and observe the further construction work. In 1874 direction of the civil works passed from Eduard Riedel to Georg von Dollmann. The topping out ceremony for the Palas was in 1880, and in 1884 the king could move into the new building. In the same year the direction of the project passed to Julius Hofmann, after Dollmann had fallen in disgrace.

Even after his debts had reached 14 million marks, Ludwig insisted on continuation of his architectural projects; he threatened suicide if his creditors seized his palaces. In early 1886 Ludwig asked his cabinet for a credit of 6 million mark, which was denied.  In April he followed Bismarck’s advice to apply for the money to his parliament.  In June, the Bavarian government decided to depose the king, who was living at Neuschwanstein at the time. On June 9 he was incapacitated, and on June 10 he had the deposition commission arrested in the Gatehouse. In expectation of the commission he had alarmed the gendarmerie and fire brigades of surrounding places for his protection. A second commission headed by Bernhard von Gudden arrived on the next day, and the king was forced to leave the palace in the same night. Ludwig was put under the supervision of von Gudden. On June 13 both died under mysterious circumstances in the shallow shore water of Lake Starnberg near Castle Berg.

Due to its secluded location, the palace survived the two world wars without destruction.  Under the Reichsleiter Rosenberg Institute for the Occupied Territories, a suborganization of the Nazi Party, it served until 1944 as a depot for Nazi plunder from France. The works of art were catalogued photographically. After World War II, 39 photo albums were found in the palace, documenting the dimension of the robbery. The albums are now stored in the American National Archives.  At the end of the war the German Reichsbank deposited gold in the palace, which in the last days of the war was taken to an unknown place.  In April 1945 the Nazis considered blowing up the palace to prevent the building itself and the artwork it contained from falling to the enemy. However, the plan was not realized by the SS-Gruppenführer who had been consigned the task, and at the end of the war the palace was surrendered undamaged to representatives of the Allied forces.

Visit this site for some interior photos of the castle. 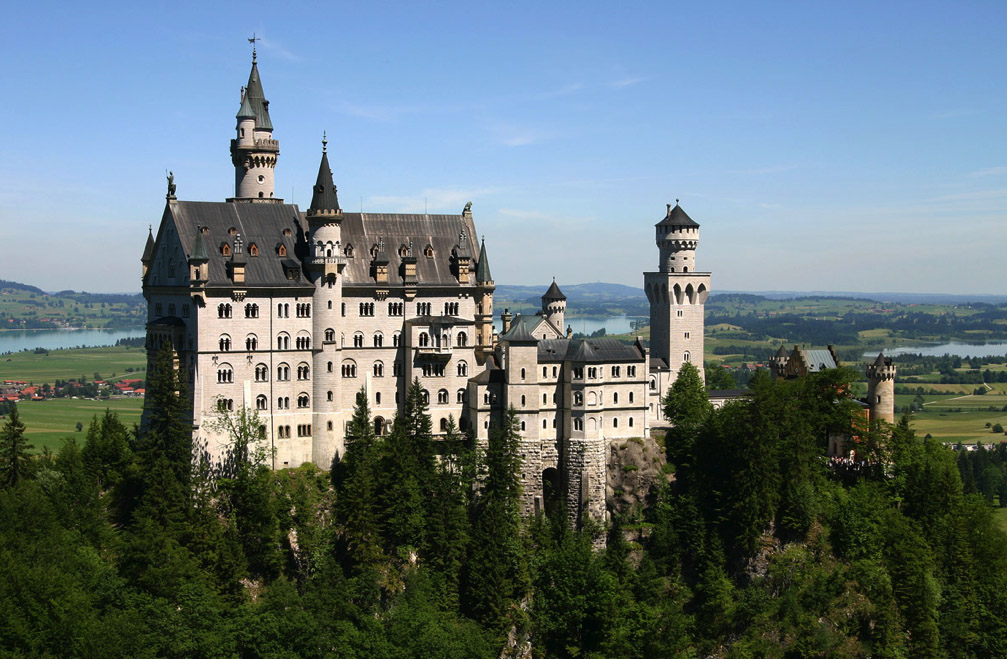 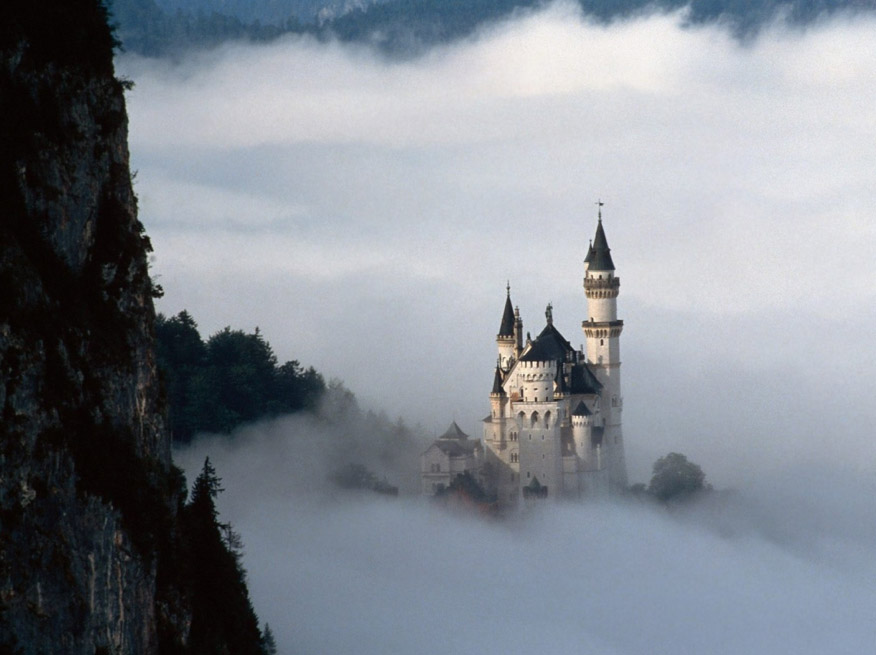 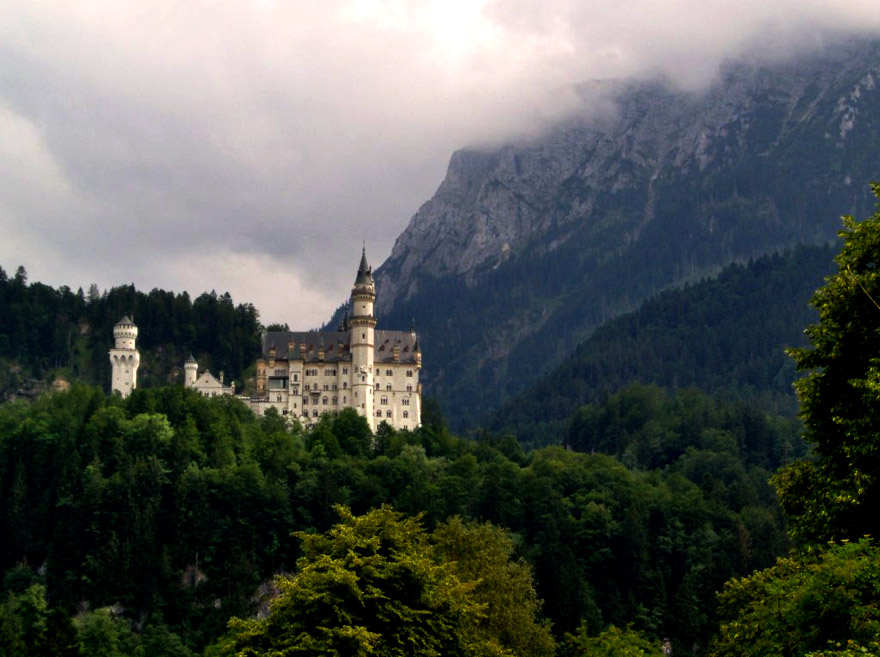 Here’s a selection of music from the man who inspired the castle itself, Richard Wagner.  This is Wagner’s Rheingold and this is a scene from Werner Herzog’s “Nosferatu The Vampire” (1979).  The sound, the visuals, and the mood are bang-on to what goes through my imagination whenever I think of this castle.  I remember first seeing a giant poster of this castle from Mrs. Novak’s french class when I was 15 and I’ve never forgotten it.  I stared at that poster for hours and hope to someday visit the castle myself.

Previous post:
“Turning Into Gods” Next Post:
The Sewer Pipe Analogy: What Bandwidth REALLY Is And Why Faster Networks Are Currently Under Construction