“The Bunker House” Of Thailand

“The Bunker House” was designed by VaSLab Architecture, and is located in Lopburi, Thailand, an area that is very well known for having the biggest military camp in the country.  The house owner asked the architects to design a 250 sqm. house that had two contradicting characters: hidden & secured and visible & opened.  The site is surrounded by its neighboring houses on 3 sides leaving the front (west) side that opens to roadway, green area, and a canal.  Its site context recalls the ‘bunker architecture’ built during World War II and Bunker Archeology (Princeton Architectural Press) a book by Paul Virilio, urban planner, theorist, and philosopher. The architects were inspired by the elaborate defense systems abandoned along the coast of France, yet the design maintains its charming and sophisticated feel.  Its hidden and placid presence, marked with the ability of watching out on guard, eventually became engine that drove the house’s metaphorical concept.

You can see more photos at ArchDaily. 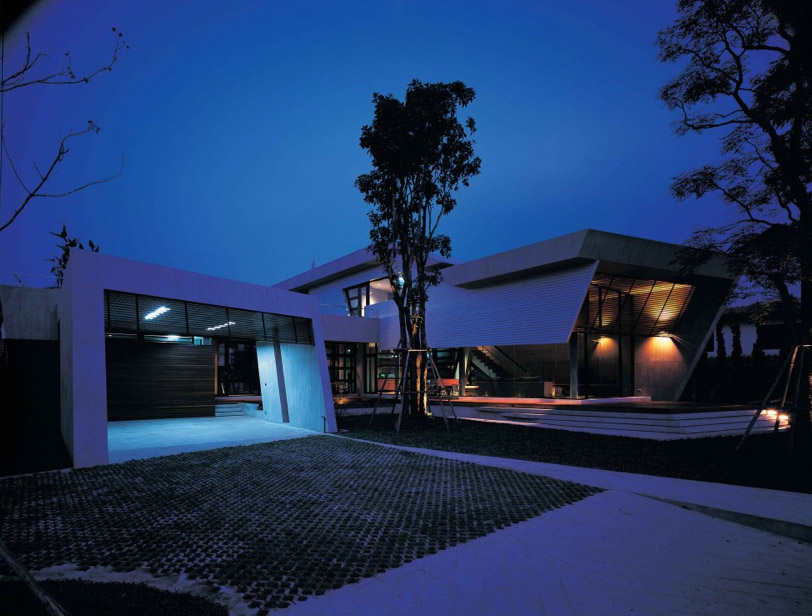 Previous post:
What Do Croissants, The 1683 Battle That Saved Western Civilization, And Marie Antoinette Have In Common? Next Post:
“Hotel” (1983-1988)