“The Narrow House” Of Belgium

“Narrow House” by Brussels-based architect Bassam El-Okeily is a three-storey building in Bilzen, a small city near the eastern border of Belgium. The project, which is a collaborative design with architect Karla Menten, features a dynamic and expressive street facade: a glass-encased layer of space that could be defined as an thin atrium, with two jutting look-out balconies that are skewed in angles and directions.  Lit up in a multitude of colours, the face of the Narrow House acts as a public light sculpture by night.  Sitting on a lot that is just 5.3 meters-wide, the dwelling which was built for a couple accommodates a garage and entrance on the ground floor.  The second and third levels above are completely enclosed in glazing, exposing a white facade with a set of balconies.  The lower balcony connects to the the client’s library and reading nook, offering him natural light as well as a sheltered view of the street.  The upper platform, which seems to be turned slightly to face the other,  juts off the third-level studio, where his wife works as an artist. 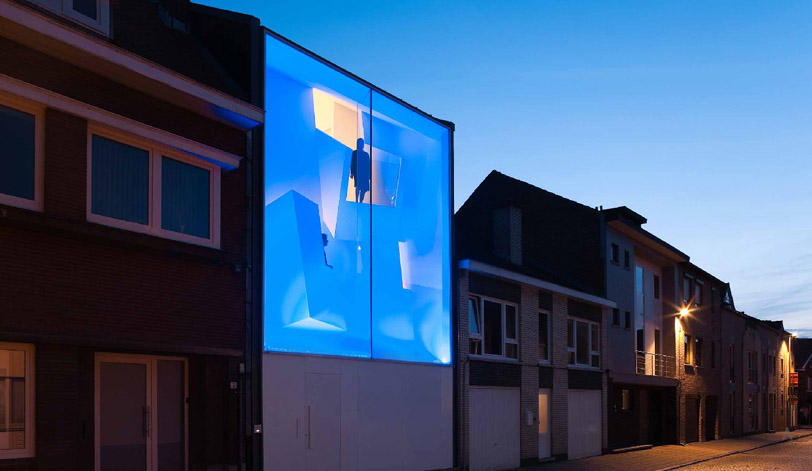 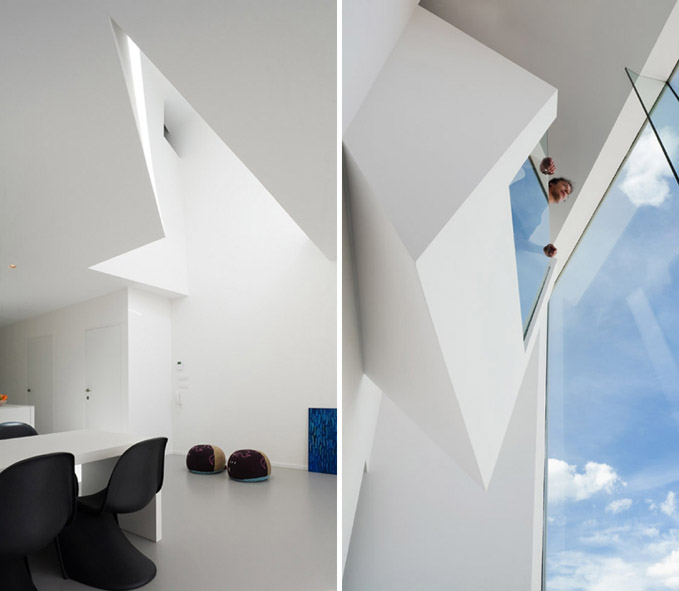 Previous post:
Building The Empire State Building Next Post:
The Video With No Apparent Origin Or Explanation