Renowned conductor Sir Georg Solti said of Fleming, “In my long life, I have met maybe two sopranos with this quality of singing, the other was Renata Tebaldi.” She has been called a living legend by countless experts in the classical music field and the BBC wrote of Fleming as   “...[having] a way of finding the real emotional pulse of an aria so that it is not just an example of virtuosity accomplished, but of the human spirit vividly recreated.“ Fleming has also been hailed by The New York Times as “convincingly giving lie to those who maintain that the golden age of singing is past.”  She is featured in Annie Leibovitz and Susan Sontag’s millenium book WOMEN focusing on the 20th century’s most influential women. 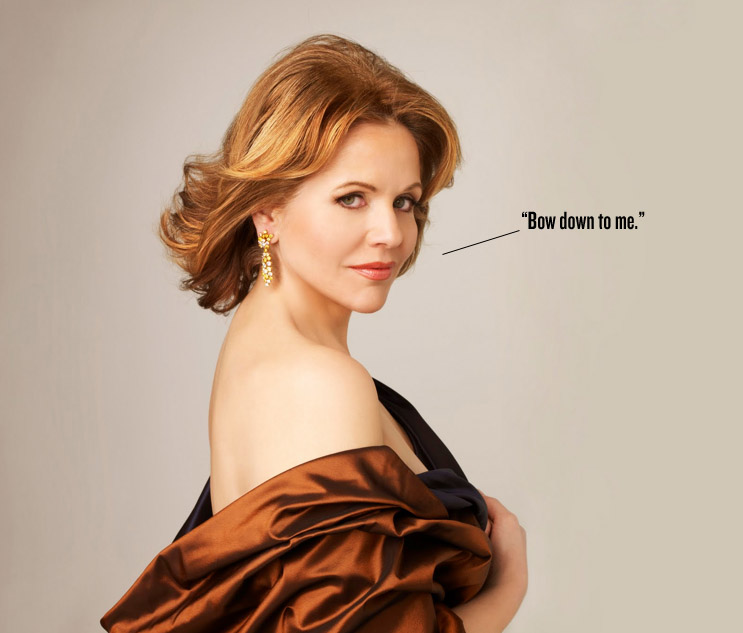 Previous post:
Sigur Rós And The Hope Of Winter Next Post:
Did Bert Just Come Out Of The “Sesame Street” Closet?