Most people assume that positive thinking is just something that we do to help achieve our goals, or even to get through difficult times. But a host of exciting research has shown that attitude affects our health — so much so, in fact, that a positive attitude can add years to our lives.  Take the following study performed at Carnegie Mellon University, for instance. In the study, each of 193 healthy volunteers between the ages of 18 and 55 was given nasal drops containing a cold or flu virus.  Participants were also assessed for their emotional style — whether they tended to experience positive emotions, like happiness, liveliness and calmness, or whether they tended to experience negative emotions, like anxiousness, hostility, and depressive tendencies. Each person’s health was then monitored in quarantine.

As the volunteers developed symptoms of infection, all the tissues that they used were collected and weighed so that mucous production could be compared in each individual across the group.  The results were clear. Those who were most positive actually produced less mucous. A positive attitude had a biological impact. Positive people were also found to have fewer overall symptoms. And not everyone got sick, but fewer people who had a positive emotional style got sick than those with a negative emotional style.  But it’s not just colds where attitude makes it mark.  A 30-year study of 447 people at the Mayo Clinic found that optimists had around a 50 percent lower risk of early death than pessimists. The study’s conclusion? “[M]ind and body are linked and attitude has an impact on the final outcome — death.”  This was further compounded by a Yale study that asked 660 elderly people whether they agreed that we become less useful as we age. Those who didn’t agree, and therefore had the most positive attitude about aging, lived an average of 7.5 years longer than those with the most negative attitudes, who did agree that we become less useful as we age.  It was also shown in a Dutch study that examined the attitudes and longevity of 999 people over the age of 65. The study reported a “protective relationship” between optimism and mortality. People with a positive attitude, quite simply, lived longer. They even had a 77 percent lower risk of heart disease than pessimists.

So why do positive people live longer? I imagine that it is because they get less stressed in day-to-day life. When something doesn’t quite go to plan, a person with a positive attitude might just deal with it, typically refocus, or even look for another solution. But a person with a negative attitude will typically complain more, get angry or frustrated, and they will expend a lot of energy going over and over in their heads what has happened and how much it is a real inconvenience for them.  Inside the body, the difference between the two people is stress. This is something we all know about. But stress is only part of the equation that describes the physical impact of a negative attitude.  Regular stress causes inflammation. Everybody has heard of inflammation. If you cut yourself, the wound becomes red and swollen. That’s inflammation, and it plays a key role in wound healing because it helps to draw blood and nutrients to the wound site to facilitate repair.  But inflammation also occurs on the inside of the body. You just don’t see it. It is a side effect of too much stress and/or poor lifestyle choices. It has a hand in most known diseases, most typically heart disease. It even speeds up aging, so much so that it has been called a “major ager,” which is a phenomenon that ages the body fast.  Thus, a negative attitude, because it causes stress and inflammation, can speed up aging. This is likely why positive people live longer.  Positive people don’t get stressed as much in day-to-day life, so they produce less inflammation. When stuff doesn’t go to plan, they just get over it and get on with life. Less stress means less inflammation, which in turn promotes a longer life. It’s a simple formula.

How do we turn our minds to more positive things? Counting blessings is a simple way. Make a list of five to ten things that you are grateful for that have happened in the last 24 hours, and do this every day for a month. Or challenge yourself to go three weeks without complaining, moaning, or criticizing.  Or do you have a tendency to “make mountains out of molehills”? If so, try out the opposite just for a week. Try making molehills out of mountains.  These simple techniques don’t sound like much, but if they become a habit, they’ll be some of the best habits you’ve ever adopted, because they might just add years to your life. 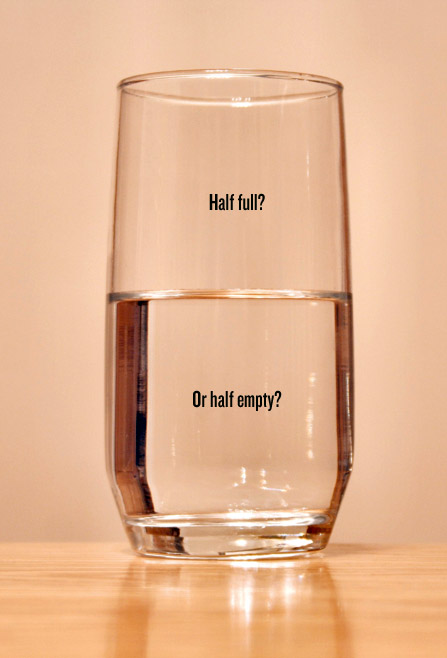