French designer Guillaume Lehoux has used the results of an infamous NASA experiment as the basis for a series of bowls and baskets. The aforementioned experiments conducted upon the spiders was intended to test the toxicity of a variety of drugs, including marijuana, caffeine and several amphetamines. The webs spun by the doped spiders were effectively naturally produced infographics of the impact of psychogenic substances upon the behaviour of the insect kingdom

Lehoux faithfully recreated the appearance of the drug addled spiderwebs in his prototypes and in so doing has tweaked the natural function of the spiderweb (capture) and created objects capable of trapping the everyday items of the human household. 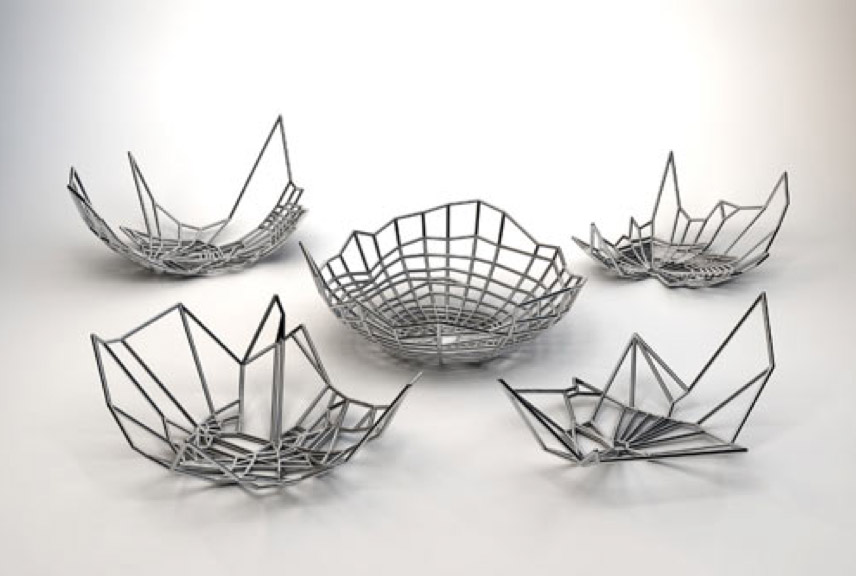 This is a parody of the “Hinterland Who’s Who” public service announcements, but the footage gives you a good idea of what happens to these spiders when they’re drugged: