Practicing Stoicism In The Twenty-First Century

William B. Irvine, author of “A Guide To The Good Life: The Ancient Art Of Stoic Joy” recently released his third and final essay on how to practice Stoicism in the 21st century.  He makes some great points, and certainly will get you thinking about how you can better prepare and train yourself to handle life’s obstacles:

Life’s curveballs also represent an opportunity for a Stoic to judge the extent to which he has succeeded in acquiring the character traits that he, as a Stoic, will have been trying to develop. Was he kind in a situation that called for kindness? Was he courageous in a situation that called for courage? If he ends up scoring well on a “Stoic test,” he will be delighted, even though the test itself might have been quite unpleasant. Thus, a situation that for the other passengers will simply have been a bummer might for the Stoic be the occasion of a minor personal triumph…

Let me describe some of the other ways in which I have been transformed by the practice of Stoicism. In the previous essay, I asserted that if we withdraw from the social hierarchy game, it will have a profound effect on our material desires. I am evidence for the truth of this assertion. I have substantially (but by no means entirely) withdrawn myself from this game, and it has had a profound impact on my desire for “stuff”…

As a result of these last observations, I have become fully aware of how little control I have over what thoughts pop into my mind. (The mind that I own, like the cat I used to own, appears to have a mind of its own!) Unless I am careful, though, these seemingly random thoughts can end up determining how I spend my days and consequently how I spend my life.

This completes my nutshell description of Stoicism. It is, as I have explained, a philosophy of life that specifies what in life is most worth attaining and how best to pursue it. There are, to be sure, rival philosophies of life: Zen Buddhism is one of them, and turning to ancient philosophy, we find many others. Which philosophy works best for a person depends, I think, on his or her circumstances and personality.

You can read the complete third essay in its entirety here.  Read essay #1 (From Zen To Zeno: How I Became A Stoic) here and essay #2 (Twenty-First Century Stoic: Insult Pacifism) here. 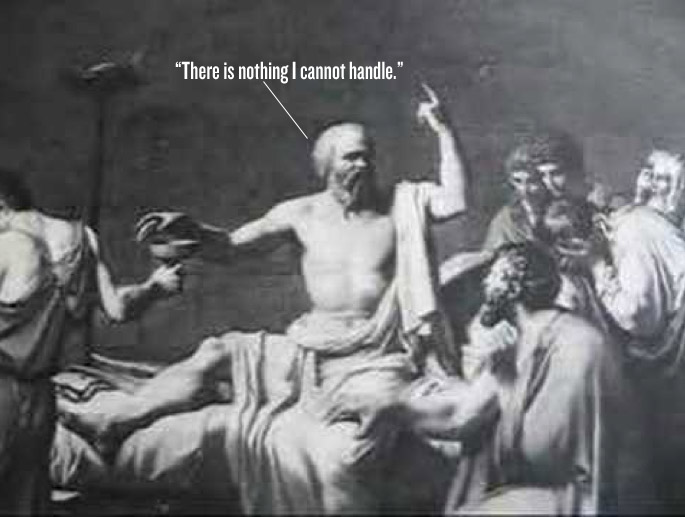