Back in 2007 a gigantic hexagonal weather pattern was observed forming over Saturn’s north pole during a storm (see still image below taken by the Cassini spacecraft).  The weather pattern is approximately 15,000 miles across (almost twice the diameter of the earth) and has held its shape since astronomers first discovered it 26 years ago via the Voyager space probe.  These patterns have been observed in the past by anyone who was able to spin a bucket of water (dating all the way back to Isaac Newton) but none as epic in scale as Saturn’s Hexagonal Storm have ever been witnessed before.  Below is a highly-controlled spinning centrifuge demonstration which creates the same pattern with some beautiful results.

One suggestion as you watch the video would be to listen to Gustav Holst’s “Saturn”. If you wish to carry out the demonstration at home you can find the instructions at The Planetary Society. 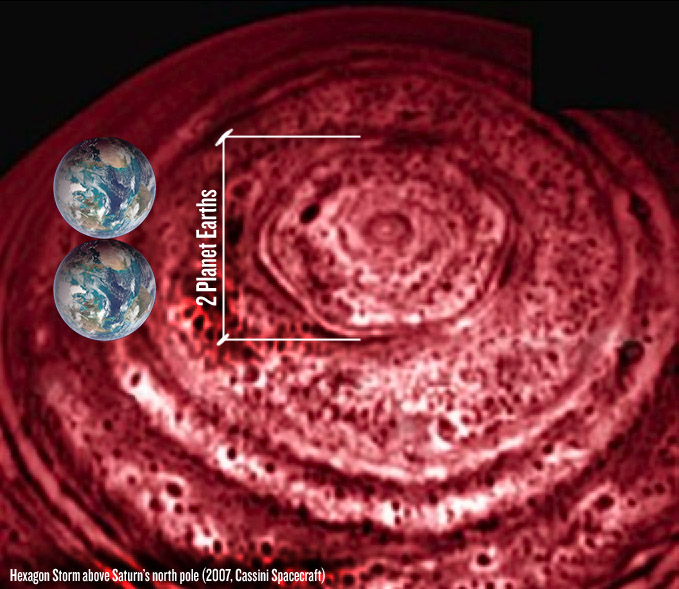 Previous post:
UCLA Researchers Developing Machine That Records And Plays Back Our Dreams Next Post:
The Decline Of The Roman Empire Was Caused By Its Habit Of Increasing Its Society’s Complexity To Avoid Dealing With The Real Issues