“Messiah” is an English oratorio composed by George Frideric Handel, and is one of the most popular works in the Western choral literature. The libretto by Charles Jennens is drawn entirely from the King James and Great Bibles, and interprets the Christian doctrine of the Messiah. “Messiah” (often incorrectly called “The Messiah”) is one of Handel’s most famous works.  Composed in London during the summer of 1741 and premiered in Dublin, Ireland on 13 April 1742, it was repeatedly revised by Handel, reaching its most familiar version in the performance to benefit the Foundling Hospital in 1754.  In 1789 Mozart orchestrated a German version of the work; his added woodwind parts, and the edition by Ebenezer Prout, were commonly heard until the mid-20th century and the rise of historically informed performance.  The Messiah sing-alongs now common at Christmas often consist of only the first of the oratorio’s three parts, with the Hallelujah Chorus (originally concluding the second part) replacing “His Yoke is Easy” in the first part.

The Montreal Symphony Orchestra renews its longest running holiday period tradition when Kent Nagano conducts Handel’s “Messiah” in the majestic Notre-Dame Basilica on December 11th and 13th.  Visit the OSM’s website for more information here.  Just got my tickets for December 13th–hope to see you there! 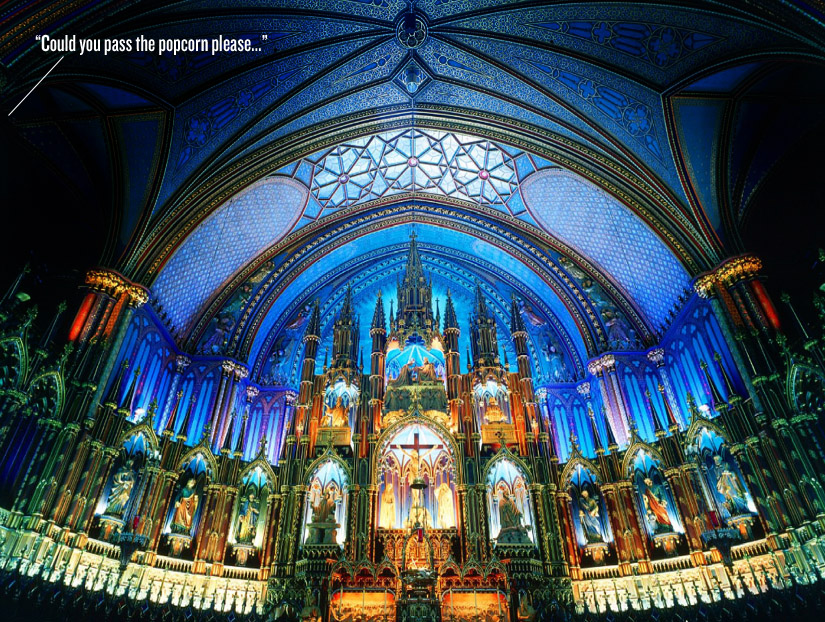