‘The Economist’ Lists The Top 15 Most Expensive Domain Names

SEX.COM is set to fetch a record $13m for a domain name on Wednesday October 27th when a Californian bankruptcy court meets to decide on the deal.  The domain name last changed hands in 2006 for a reported $14m in cash and shares, but it was put up for auction in July after its owner went bust.  This 2006 transaction does not appear on The Economist‘s chart, which compares the highest prices paid for domain names in cash only, and those that can be verified.  It does not, for instance, include the purchase of Insure.com for $16m in 2009 because the related website was part of the deal. And the priciest domains may never be known.  Many big sales are not made public, and these may account for the largest share of the domain-name market. 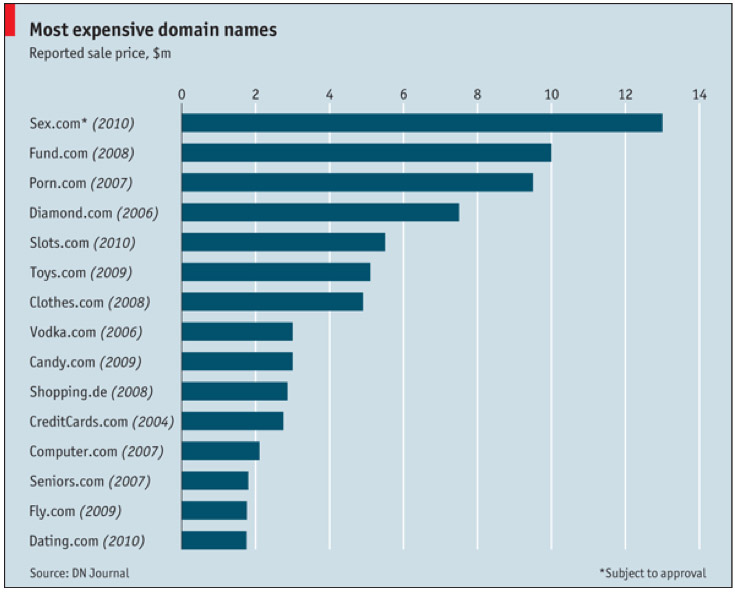