I’ve never liked Whoopi Goldberg on “The View”.  I have no problem with her as an entertainer, but as the moderator of ABC’s tentpole morning talk show I can’t stand her.  I think she has the same intellectual capacity as a bag of hair and about the same amount of class and composure.  On Wednesday’s episode, Joan Rivers took Whoopi to task for her support of Mel Gibson’s behaviour.  Thank you Joan…still as amazing as ever.

See video of the argument HERE. 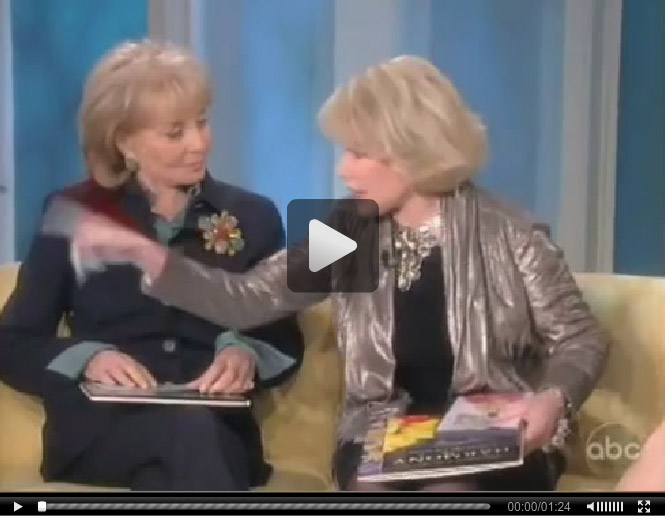 And if you haven’t already seen it you’re missing out on one of the best documetaries I’ve seen all year.  Here’s the trailer for the Joan Rivers documentary “A Piece Of Work”: