CNN Reports On The Explosion Of Paranormal Investigations Around The World

CNN just published this story on the burgeoning field of paranormal investigation that is sweeping the globe.  Mainstream television and film has amplified the trend which shows no signs of slowing down:

The group California Paranormal Private Investigations, founded in 2006, is one of many such groups around the world (though Veatch estimated the number of “serious” groups only in the dozens). “Paranormal Activity” may have brought in mass audiences to theaters — for two years in a row — but stories of ghosts and those who investigate them are becoming more socially acceptable in the real world.

“Due to all the TV shows that have come out [SyFy’s “Ghost Hunters,” A&E’s “Paranormal State,” and the Travel Channel’s “Ghost Adventures” among them] people are willing to open up about their experiences, and before, it was taboo. No one wanted to talk about the unknown,” she said. “We’ve reached out to people on Facebook in other countries and they’re fascinated with it as well.”

In the three years that Veatch has been with the paranormal investigations group, she has noticed a growing acceptance of what it does. “Linda Vista Hospital [a supposedly haunted location in Los Angeles, California] is now being opened up to paranormal groups to come in,” she said. “Before, it was very hard to go in there.”

Bernstein put it this way: “Those who do not believe in the paranormal are not going to be convinced otherwise until they have an experience for themselves. On the flip side, it is also difficult to convince a hard-core believer that there is a natural nonparanormal explanation for claims found during an investigation, as well as people that believe that every bump in the night is paranormal. Our advice is to just be open to the possibility that this is real, and if one day you have an experience, you will know it to be true.”

Read the full story at CNN. 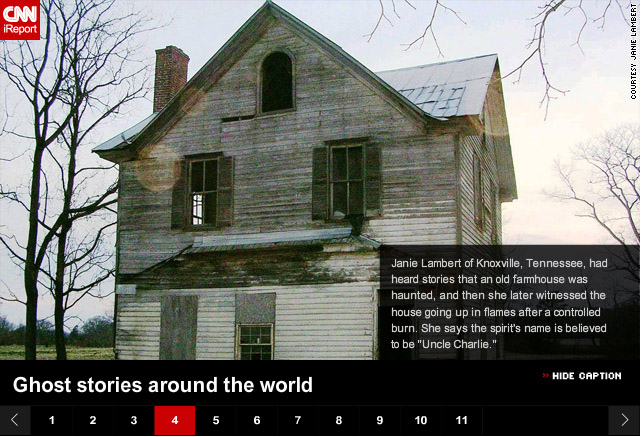