The New York Times: “How The King Cobra Maintains Its Reign”

The New York Times just ran a piece on the snake of all snakes: the King Cobra.  Not sure why it caught my eye, but as I started reading more about it I realized just how fascinating this animal really is:

The King Cobra’s venom is not, ounce for ounce (or milligram for milligram, as the professionals would measure it), the most potent. Among land snakes, that honor appears to belong to the inland Taipan of Australia. But what the King Cobra lacks in potency, it makes up for in volume. Its half-inch fangs deliver a huge dose, up to seven milliliters of venom, or about one-quarter of a whiskey shot glass. The lethality of venom depends on a combination of its potency, the volume delivered and the size of the victim. A King Cobra bite can kill a human in 15 minutes and a full-grown elephant in a few hours.

But the King Cobra is not fazed by bites from its victims. Biochemists have carefully mapped exactly how neurotoxins block the acetylcholine receptor of many species, and they have discovered that the toxins do not bind to the cobra’s receptor. Mutations have altered the snake’s receptor in such a way that, because the toxin cannot bind to the receptor, the acetylcholine function is undisturbed. The King Cobra can subdue its dinner without suffering from any venomous counterattack.

Read the full article at The New York Times. 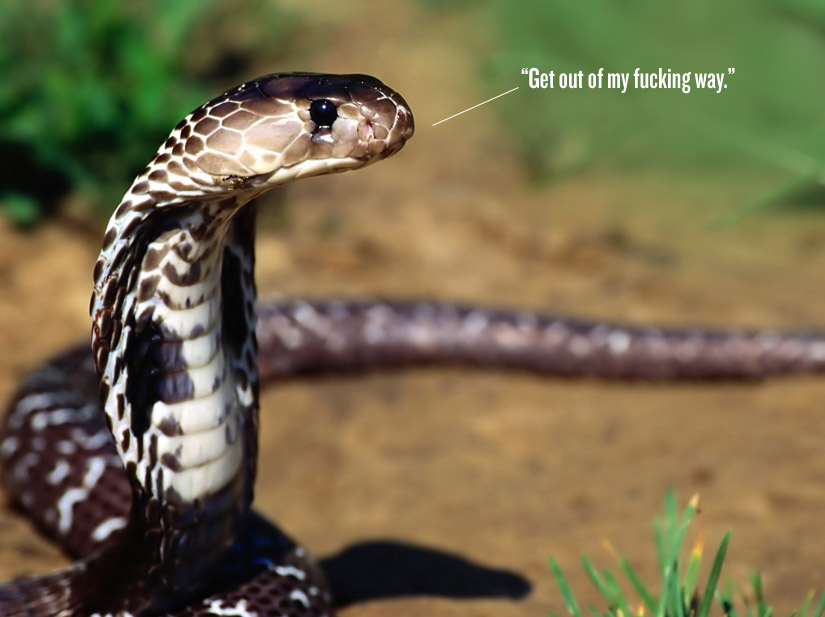