Jonathan Franzen is the great American novelist reborn, a literary genius for our time. Only recently, a critic was lamenting the decline of the American novel, the passing of the age of Updike, Roth and Bellow. But there is no excuse for pessimism about the future of serious fiction when a writer such as Franzen is coming into his prime. His hit The Corrections won him an army of readers, then he published a set of provocative cultural essays – and this autumn, Freedom, his first novel since The Corrections, will be finally be published. It is an extraordinary work, which develops and deepens the immense talent so evident in The Corrections in a way that is at first troubling, then addictive – and then, with mounting satisfaction, convinces you this is simply on a different plane from other contemporary fiction.

Freedom has the same seductive narrative impulse that made Franzen’s previous family drama so engaging. This book, too, is an intimate and profoundly realistic novel of family life and close relationships, with a triangle of characters at its heart who compare themselves with the characters in Tolstoy’s War and Peace. In fact, War and Peace is the only “high” reference point in a novel whose inhabitants mostly speak and think in terms of popular culture – one character even comes from Hibbing, Minnesota, birthplace of Bob Dylan, and he and his friends are conscious of this connection, sharing a love of the film Don’t Look Back. Elsewhere, a mother and son argue about the qualities of “Married With Children”. As the plot traverses the last wretched decade – it is, very precisely, a novel of our time – communications technology keeps updating, with a daughter telling the older characters that young people text, they don’t email, and blogs becoming part of the comedy.

Well, comedy or tragedy. The Russian literary allusions are no joke: this is a formidable and harrowing work. So was The Corrections, but in this book there is a moral grandeur and a relentlessness that burned its way that much deeper into my imagination. To put it bluntly, The Corrections made it plausible to speak of Franzen in the company of Philip Roth. This new book demands comparison rather with Saul Bellow’s Herzog or something loftier – it is self-evidently a modern classic.

Franzen’s daring has been to take on soap operas and HBO mini-series, demonstrating that if you want modern emotional dramas, the novel can provide them today as effectively as it did in the 19th century. But, he also offers something no HBO series can – the solitude and moral introspection of the novel, the beauty of prose, the imaginative love affair you form with characters you alone see in the way you see them. Freedom is the novel of the year, and the century. 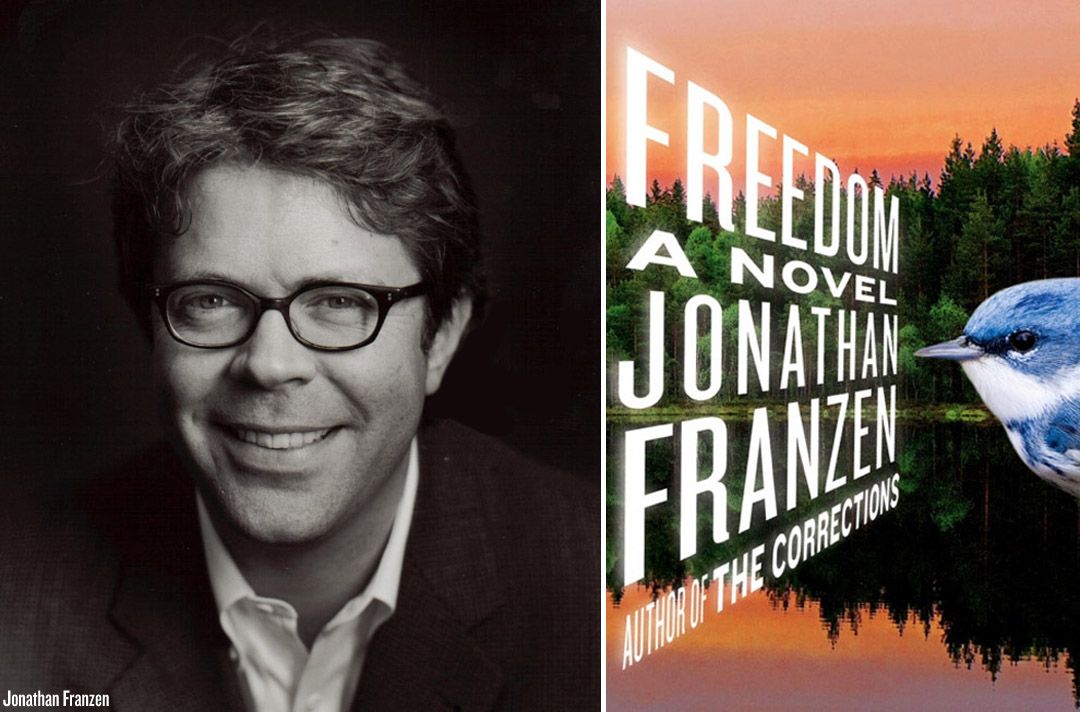