To get to the top of the world, Petra Franklin Lahaie ushers her two young daughters and their girly bikes through a set of heavy bronze doors, greets the 24-hour elevator operator in the Prussian blue uniform, rides up 35 stories past mostly vacant office suites, debarks next to an observation deck and Chinese-themed banquet room, passes through a portal marked “private residence,” climbs two stories into a neo-gothic pyramid and enters a penthouse apartment.

She pauses to scoop up an armful of scattered toys, then mounts another flight of stairs, crosses the living room, circles 38 steps on a cast-iron stairwell (“Look the other way,” she may call to someone below as she gathers her billowing dress around her calves), hauls herself up 13 rungs in a narrow vertical shaft, and emerges — at last! — into a glass globe 462 feet above this city.  As late as the 1970s, the rent was just $300 or $400 a month, and possession would pass with the key from friend to friend, many of them “writers and artists,” he said.

When Ms. Franklin first visited the Smith Tower in 1997, the apartment had been empty for more than 10 years — and for good reason. “There was a huge water tower that was being taken out,” she said. “And there were big piles of concrete. There weren’t stairs, there were ladders to get from floor to floor. And you’d be living among amazing dust. When it rained, the rain all came in. It was like standing inside of a river.”

Read the full profile at The New York Times. 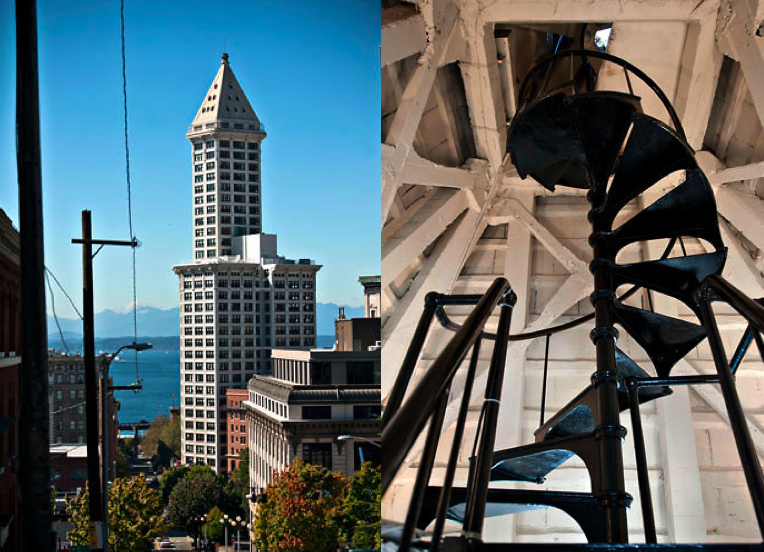 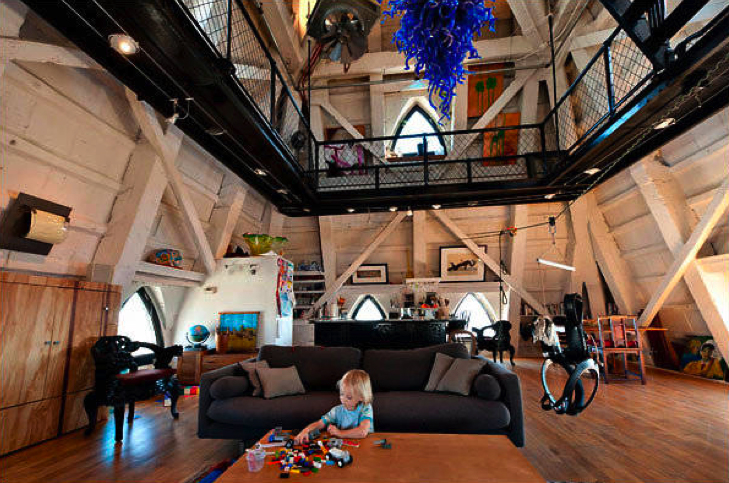 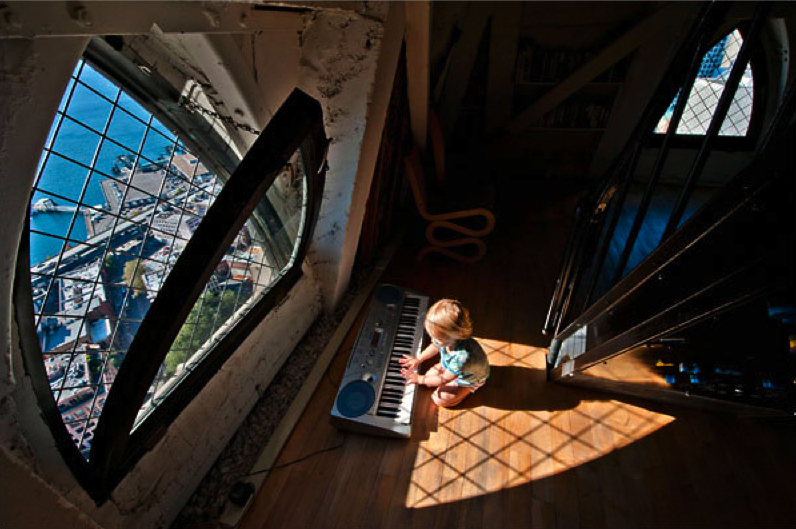