TED has announced the winner of its prize for 2011. In a somewhat unusual but refreshing choice, street artist JR has won a grant of $100,000 and the chance to work with the TED community to develop “an audacious wish that will involve the world in a brand new piece of art.” From the TED press release:

JR represents a new chapter in the TED Prize. While a seemingly unconventional recipient, his work matches the creativity and innovative spirit of TED’s community, and his art inspires people to view the world differently –- and want to change it for the better.

JR is creates what might be called “pervasive art.” Working with a team of volunteers in various urban environments, he mounts enormous black-and-white photo canvases that spread on the buildings of the slums around Paris, on the walls in the Middle East, on broken bridges in Africa, and across the favelas of Brazil. These images become part of the local landscape and capture people’s attention and imagination around the world.

In Rio, he turned hillsides into dramatic visual landscape by applying images to the facades of favela homes. In Kenya, for his project “Women Are Heroes,” he turned Kibera into a stunning gallery of local faces. (See the trailer for “Women Are Heroes” above.) And in Israel and Palestine, he mounted photos of a rabbi, imam and priest on walls across the region –- including the wall separating Israel from the West Bank.

JR remains anonymous -– never showing his full face, revealing his name, or explaining his huge portraits –- to allow for an encounter between the subject and passers-by.

“JR’s mind-blowing creations have inspired people to see art where they wouldn’t expect it and create it when they didn’t know they could,” said TED Prize Director Amy Novogratz. 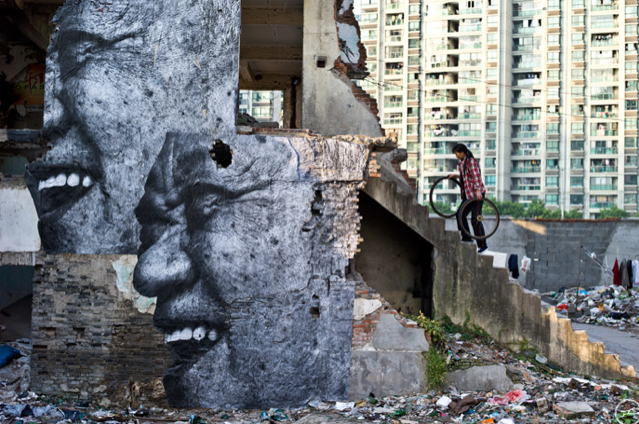 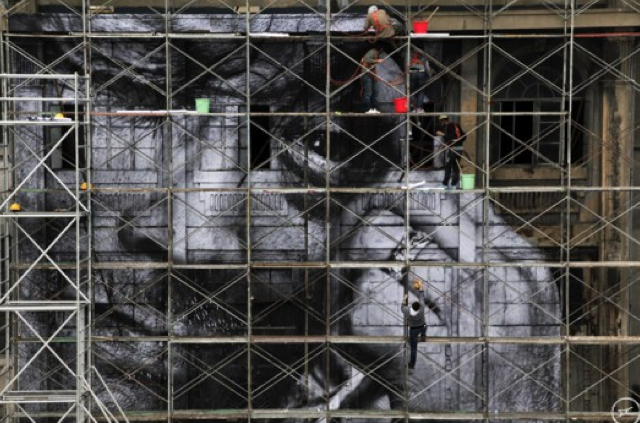