Dim Galaxy Is Most Distant Object Ever Found

A faint glow first spotted by the Hubble Space Telescope belongs to a galaxy that is the most distant object yet found, new observations suggest. The galaxy helps provide a window into the primordial cosmos, when a thick fog gave way to the transparent universe we see today.  The Hubble Space Telescope’s Wide Field Camera 3 picked up the object as a dim infrared blob in observations made in August and September 2009.  It was suspected to be a very distant galaxy because its light is strongly reddened or skewed towards longer wavelengths, as expected for light that has travelled for billions of years to reach Earth. The intervening expansion of the universe stretches light waves, pushing them to longer, redder wavelengths. 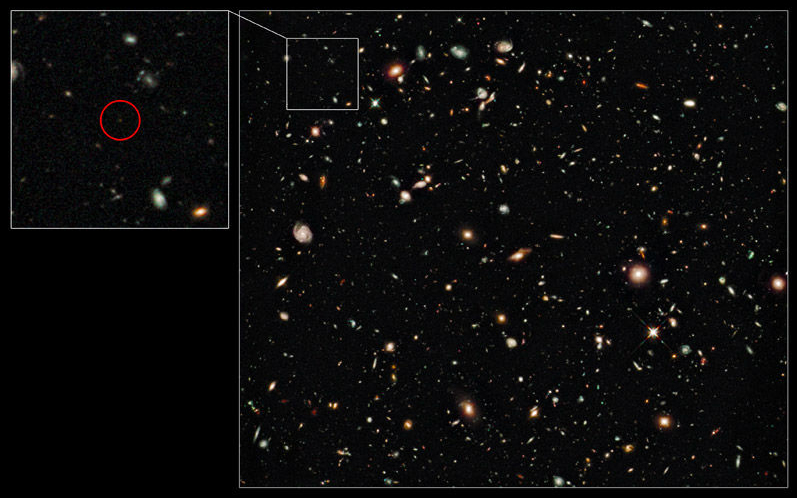