Inside The National Ignition Facility: The Machine That Will Create A Miniature Star On Earth

Alan Taylor at The Big Picture has a great piece on the National Ignition Facility:

“Creating a miniature star on Earth” is the goal of the National Ignition Facility (NIF), home to the world’s largest and highest-energy laser in Livermore, California. On September 29th, 2010, the NIF completed its first integrated ignition experiment, where it focused its 192 lasers on a small cylinder housing a tiny frozen capsule containing hydrogen fuel, briefly bombarding it with 1 megajoule of laser energy. The experiment was the latest in a series of tests leading to a hoped-for “ignition”, where the nuclei of the atoms of the fuel inside the target capsule are made to fuse together releasing tremendous energy – potentially more energy than was put in to start the initial reaction, becoming a valuable power source. The NIF has cost over $3.5 billion since 1997 and is a part of the federally funded Lawrence Livermore National Laboratory. Scientists at NIF say they hope to achieve fusion by 2012. 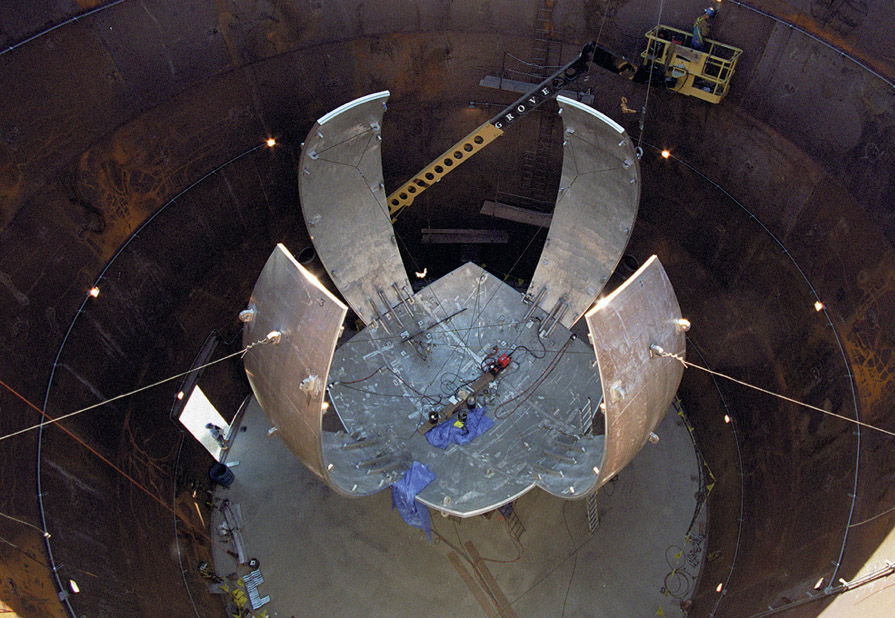 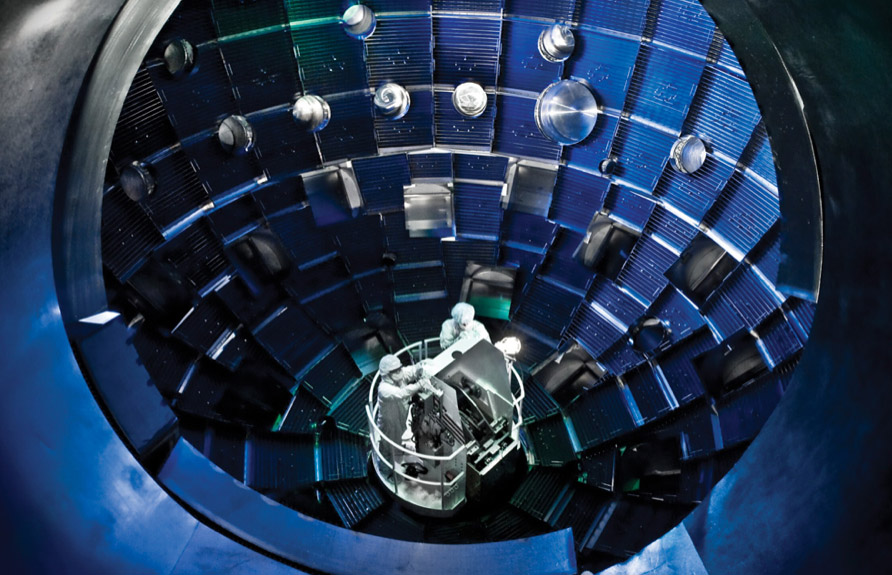