Gaspard Ulliel (born November 25, 1984) is a French film actor. He began appearing in made-for-television films during the late 1990s and early 2000s, and then began to be known as a film actor in France, as well as starring in the title role in the thriller “Hannibal Rising”.

Ulliel attended the University of Saint-Denis, where he studied cinema. He began acting while he was still at school, appearing in Une Femme En Blanc, a film for French television. He also performed at the Cours Florent, where he was discovered by Les égarés director André Téchiné.  Ulliel was chosen as the face of Chanel for its new men’s fragrance, Bleu de Chanel. The film for the campaign was directed by Academy Award-winning director Martin Scorsese and debuted in August 2010.  Ulliel was nominated for a César Award on the category Most Promising Actor in 2002 and 2003. In 2004, he won that award for his role in “A Very Long Engagement” , which co-starred Audrey Tautou.  Check out his impressive filmography here.

Gaspard was also the winner of the 2010 Award for Most Promising Prospect For Brent’s Husband.  The award will be presented to Ulliel at my home in Montreal on any given day of his choice.  Check out these pics of Gaspard and more (photographed by Paul Schmidt) in the latest issue of L’Optimum here. 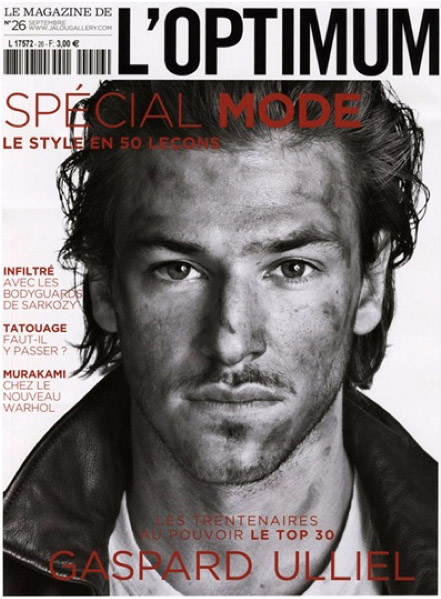 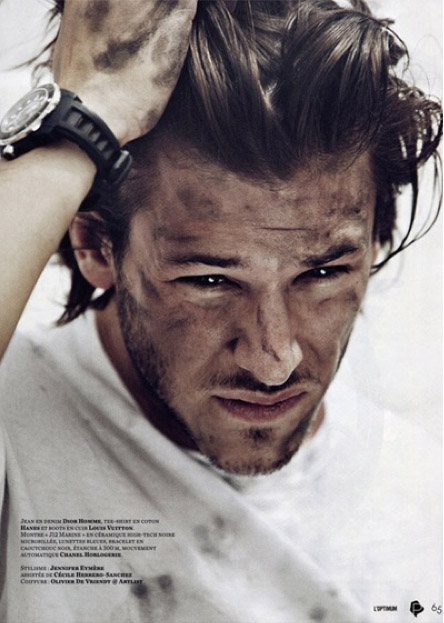