Will Chalker (Just Because)

I’m not entirely certain it’s possible for a man to look any better than Will Chalker.  Everybody has that one guy that gets deep down into the bottom of their mind, and Will’s that guy for me.  Sometimes I’ll be at the grocery store and Will will pop into my mind and I will go completely catatonic.  One time, my friends witnessed me having an 8-minute “Will Moment” at a Korean restaurant.  He wasn’t there: he just popped into my mind.  I guess it’s kind of like a trance, but there’s only one guy who does that.  And it’s Will.

Will Chalker (born March 7, 1980 in East Sussex, England) is an English model and an amateur boxer.  He began modelling at the age of twenty in 2000, leaving his earlier career as a construction worker after a friend took test shots of him.  His big break happened when he was featured in the advertising campaign of Paco Rabanne’s perfume Black XS in 2003.  Since then, he has appeared in major ad campaigns including YSL, Perry Ellis, Wormland, Valentino, Mark O’Polo, Zara, Bottega Veneta, Louis Vuitton, Shiatzy Chen, Dsquared2, Gap, Ermenegildo Zegna and Paul Smith. His runway tasks include opening and closing for Gucci, John Galliano’s finishing tableau, Athena-poster look for D&G, carrying a baby tiger onto Dolce & Gabbana’s spring/summer 2005 menswear catwalk, and walking along Sonia Rykiel during her show. He has appeared in GQ, l’Uomo Vogue, i-D, Japanese Wallpaper, Spanish Esquire and Upstreet. He has also done commercials for Levi’s and his commercial for Paco Rabanne Black XS with has been remixed with scenes starring Bianca Balti to promote its “for her” version.

OHLALAmag just ran a piece on this campaign shot in London by Berndt Possardt for German label Anson’s.  Will is one of the models in the series and the other guys are pretty great too.  And let’s not forget the clothes…why don’t I have a wardrobe like this?  Dear Anson’s…

Read the full piece at OHLALAmag. 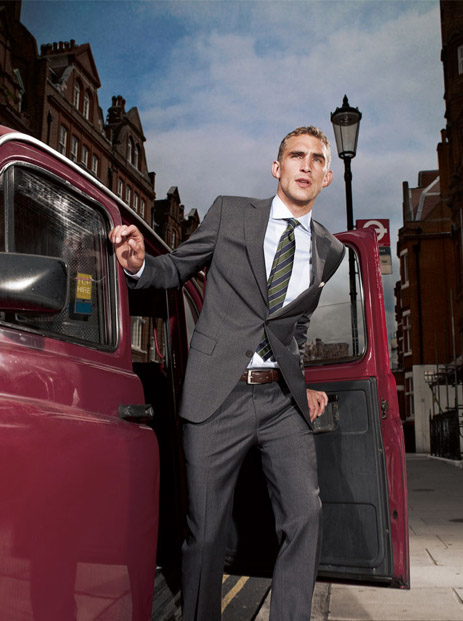 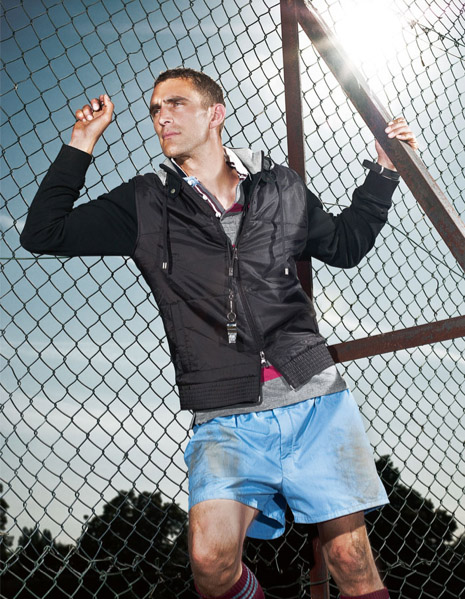