Listen To Live Sound Observatories From Underwater Locations Around The World

PSFK has a great story on Michel André, a bioacoustician at the Technical University Of Catalonia, whose latest project allows listeners to peek in on the sounds coming from ten hydrophones placed in specific underwater locations around Europe and Canada:

The network’s primary aim is to record and archive long-term subsea noise so that researchers can study the effects of human activity on whales and dolphins.

…An algorithm developed by André’s laboratory filters the different frequencies in the signal to identify specific sounds, including the songs of 26 species of whales and dolphins, and noise from human activities such as shipping, wind farms, oil and gas drilling, and seismic testing.

“It’s the first time we have been able to monitor acoustic events on a large temporal and spatial scale,” says André. Until now, most experiments to monitor subsea noise have used temporary hydrophone installations and lasted only weeks.

With more hydrophones in the network the new system could reveal the effects of noise pollution on whales. Hydrophones can pick up sounds from baleen whales hundreds of kilometres away, so installations in different places could be used to triangulate an animal’s position and track its course. It should therefore be possible to determine if animals change course in response to bursts of noise, or alter their preferred routes because of new sources of noise like shipping routes or harbours.

Listen to the sounds here. 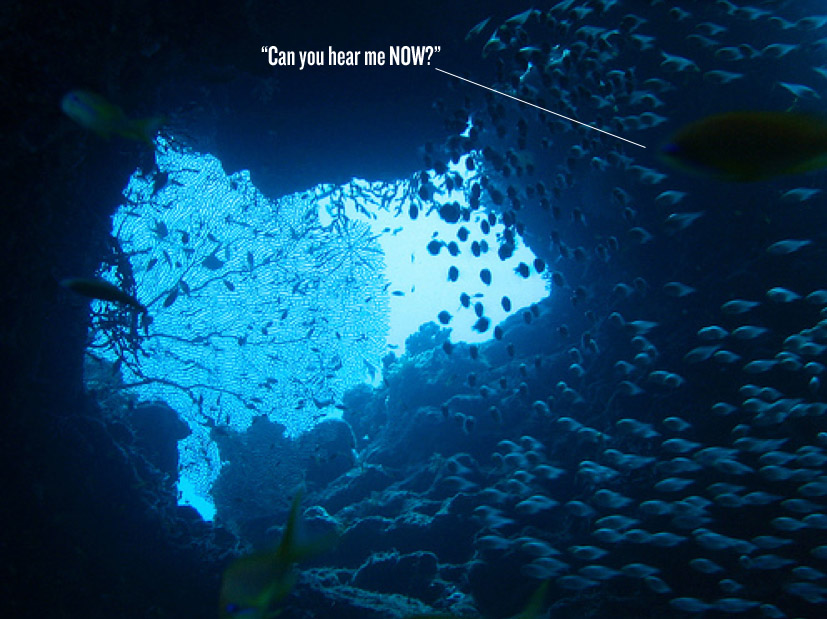