Banksy Creates Opening Introduction For “The Simpsons”, Executive Producer Sits Down With ‘The New York Times’

This is one of the most fascinating stories out of television I think I’ve seen in years.  Banksy served as the creator for the opening introduction to “The Simpsons” which aired on October 10, 2010.  Al Jean, a long-time Executive Producer of the groundbreaking show recently sat with The New York Times to talk about the experience and the story behind it.

You can read the interview here.  And here’s the Banksy-directed opener itself:

If the video above gets pulled for copyright, you can watch this entertainment featurette: 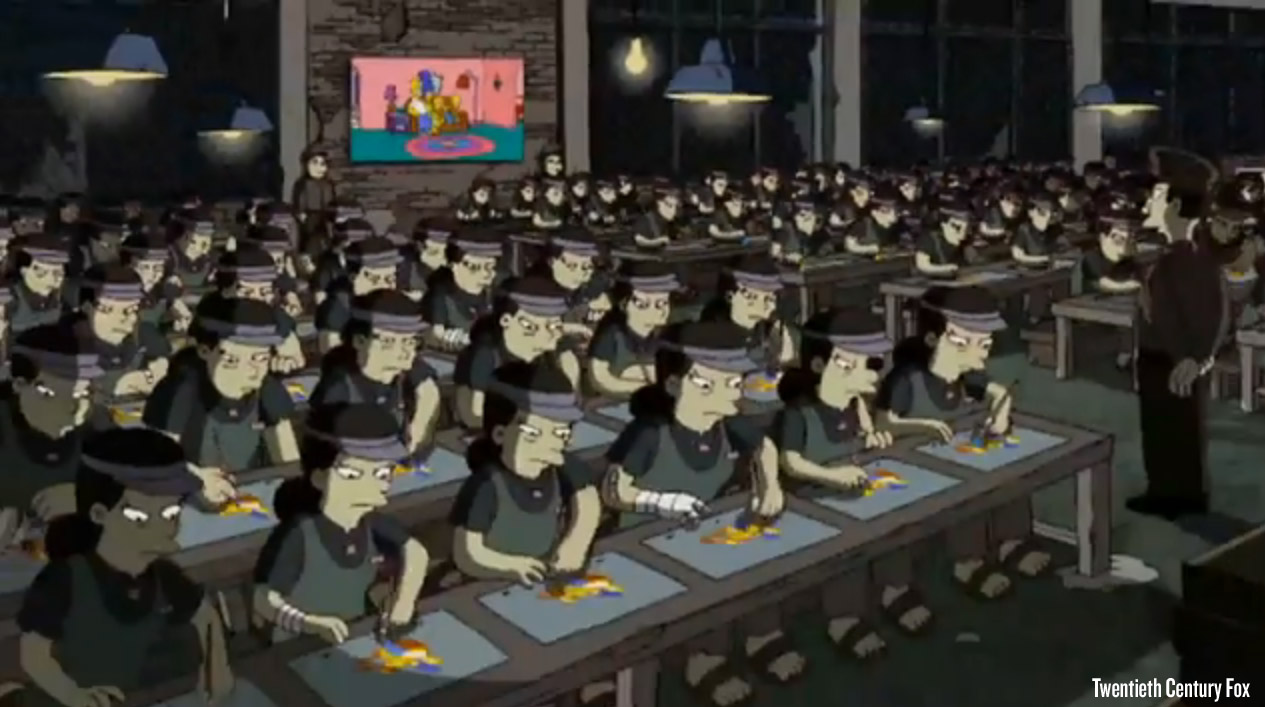