Aaron Sorkin Defends His Portrayal Of Women In “The Social Network”

After seeing “The Social Network” last week I soon started hearing complaints about the film’s misogynistic portrayal of women.  The Playlist just posted this story on Aaron Sorkin’s defense of the female characters in his script:

Following the release of “The Social Network,” a minor controversy has been brewing about the depiction of women in the film, with commentators at the likes of The Daily Beast, Salon and Jezebel all taking the film to task for its portrayal of womanhood. While writer Aaron Sorkin has had plenty of defenders (Alison Willmore at IFC wrote a particularly strong response), the “West Wing” creator, who’s more or less a lock for an Oscar for his work on David Fincher’s film, even this far out, has finally responded personally, in a somewhat unlikely forum.

A commenter on the blog of TV comedy writer Ken Levine (“Frasier”) raised the issue, saying that the women “were basically sex objects/stupid groupies” and that Sorkin “failed the women in this script.” Sorkin himself (seemingly via an assistant) responded in the comments section, and it’s no surprise that it’s an eloquent defense of his work. Some select extracts are below.

“Facebook was born during a night of incredibly misogyny. The idea of comparing women to farm animals, and then to each other, based on their looks and then publicly ranking them”

“These aren’t the cuddly nerds we made movies about in the 80s. They’re very angry that the cheerleader still wants to go out with the quarterback instead of the men (boys) who are running the universe right now. The women they surrond themselves with aren’t women who challenge them (and frankly, no woman who could challenge them would be interested in being anywhere near them).”

“I invented two characters — one was Rashida Jones’s “Marylin,” the youngest lawyer on the team and a far cry from the other women we see in the movie. She’s plainly serious, competent and, when asked, has no problem speaking the truth as she sees it to Mark… And Rooney Mara’s Erica’s a class act.”

You can read the full text over at Levine’s site, but it’s a gracious, smart response, and should hopefully close the book on a ‘controversy’ that’s always seemed a little thin to us, or anyone else who paid attention in the film itself. 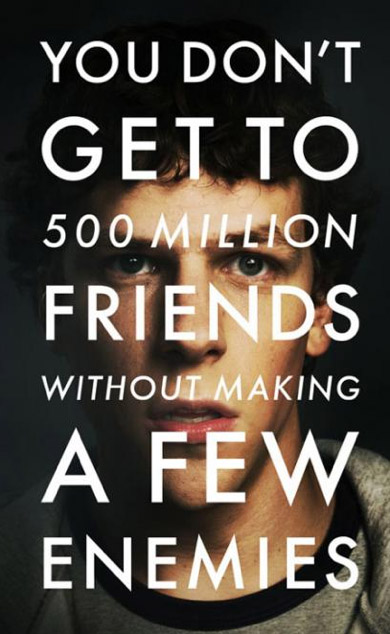 Previous post:
New Brain Research Showing There Is No Ghost In The Machine Next Post:
Vanity Fair Publishes Rarely-Seen Photos From Set Of “Empire Strikes Back”