Vince Vaughn Is A Talentless Moron

In his new film “The Dilemma”, Vince Vaughn’s character uses the term “That’s so gay” and now both him and Universal Pictures are rightfully paying a price for that mistake.  In 2010 this sort of defamatory language is beyond irresponsible.  I used to like Vince Vaughn, but those days are over now.  It’s this sort of shit that influences countless kids out there that it’s OK to talk like this.  Here’s Anderson Cooper’s take on the whole matter (NOTE: Skip to the 5:30 mark):

You can also read the full story at The Huffington Post. 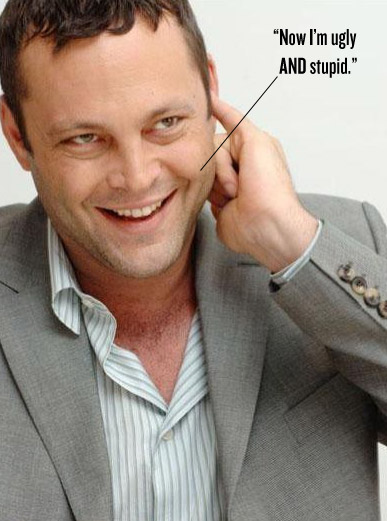