An amazing concept for integrating more green space into cities via Bus Roots.  The first of its kind was installed recently on top of the BioBus which zips around the streets of New York City.  Designer Marco Castro Cosio had this to say:

Reconnecting urban communities with nature in a practical and playful way. Bus roots is a public and playful project that uses plants as a creative medium. It connects the citizens with their community while trying to use the least amount of resources and improving the quality of the environment around it. A public transit bus has a surface of 340 ft2. The MTA fleet has around 4,500 buses. If we grew a garden on the roof of every one of the 4,500 buses in the MTA bus fleet, we would have 35 acres of new rolling green space in the city. The equivalent to Four Bryant Parks. 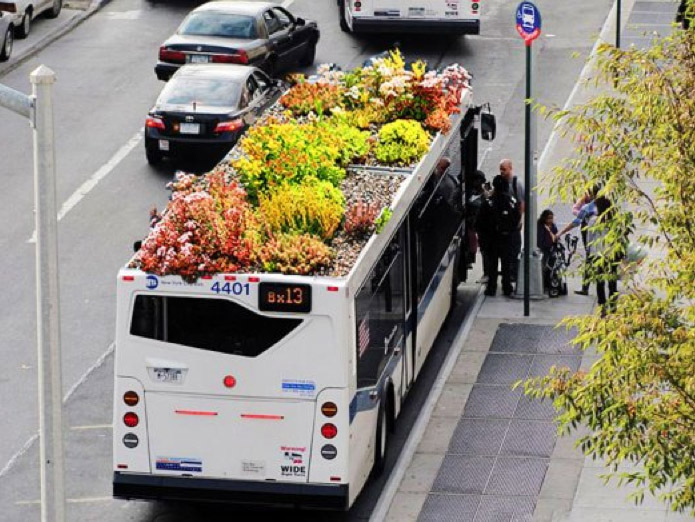