WARNING: This Video May Cause Extreme Jealousy Or Tingling Sensation In Genital Area (Or Both)

This footage was taken from the film “Adrenaline Rush: The Science Of Risk” which was released in 2002.  There’s no one on earth who’s more afraid of heights than me, so as much as I wish I could actually do this myself, I’m almost certain I would chicken out at the moment when told to jump.  The birds-eye-view cinematography is really exceptional too (it is an IMAX film after all).  The music is a Boards Of Canada remix of “Last Walk Around Mirror Lake”.

Starting in 1981 and as of May 9, 2010 there have been at least 147 fatalities related to the sport of BASE jumping.  It is one of the world’s most dangerous recreational activities, with overall fatalities in 2002 estimated at about one fatality per sixty participants. 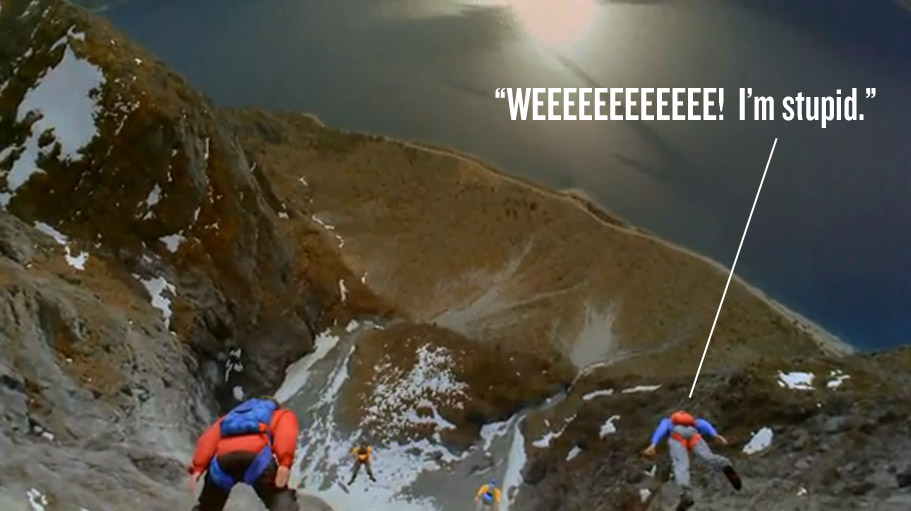 Previous post:
Discovered Film Footage Of The 1906 San Francisco Earthquake and Fire Next Post:
Natalie Portman’s Dirty Secrets, And Her Ties To The Beginnings Of Facebook