At a cost of $5-billion, the James Webb Space Telescope‘s ultralight, shape-adjusting mirrors will have six times the light-collecting power of those of the Hubble, and its instruments will be sensitive in parts of the spectrum where most telescopes have been lacking.  Scientific American recently got an exclusive peek at the most daring space project in decades:

The mirror, a perfect hexagon of gunmetal gray, stands vertically on a low platform. It is about two inches thick and more than four feet wide, a precisely carved slab of beryllium that gleams in the low light of this optics laboratory near San Francisco Bay. My guide, chief engineer Jay Daniel, watches my footing as I step gingerly in front of the mirror to see my reflection. “It’s like your bathroom mirror,” Daniel says, chuckling.

The other side of this looking glass, though, is nothing like a household vanity. The slab of metal is mostly hollow, drilled out by machinists to leave an intricate triangular scaffold of narrow ribs. It is beautiful in its geometric precision, and I resist the urge to touch one of the knifelike edges. The polished front layer that remains, Daniel says, is a mere 2.5 millimeters thick. From its starting weight of 250 kilograms, the entire mirror now weighs just 21 kilos. That is light enough for a rocket to hoist 18 of them deep into space, where the curved mirrors will join as one to form the heart of the most audacious space observatory ever launched.

The most delicate part of the mission will be when the telescope and its giant heat shields unfurl out of the rocket that will carry them into orbit. Even a small technical glitch could render the $5-billion observatory inoperable. 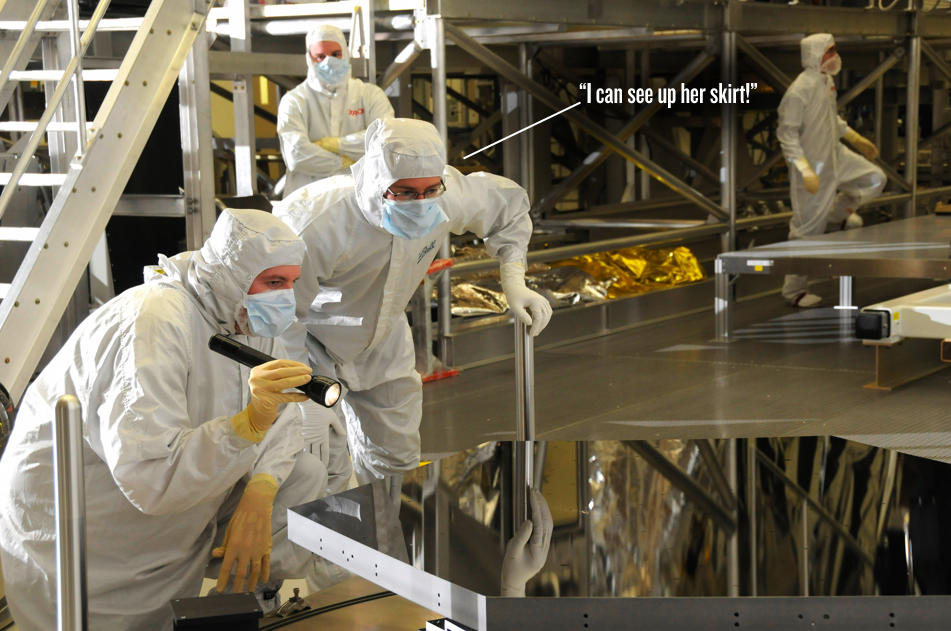 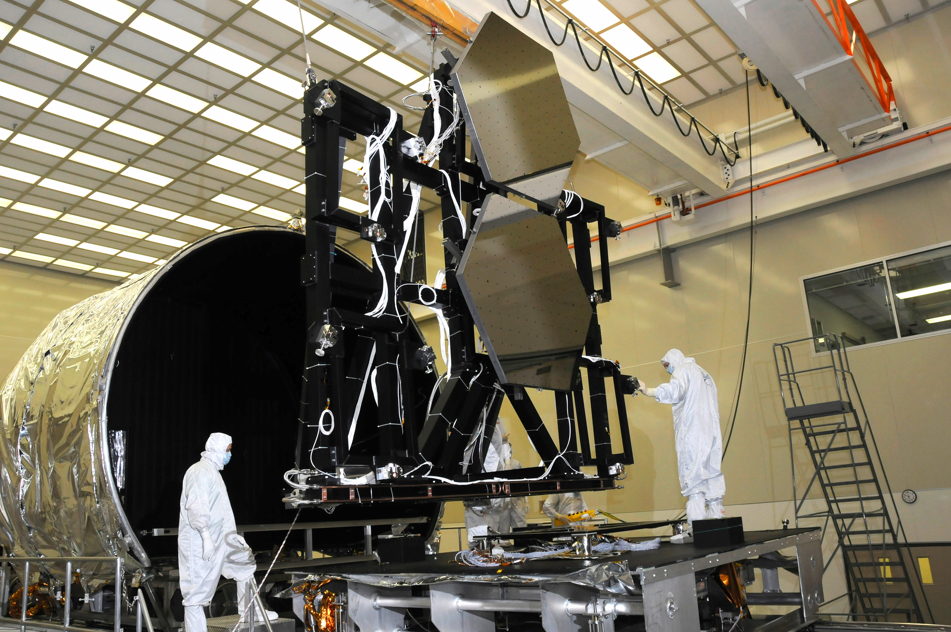 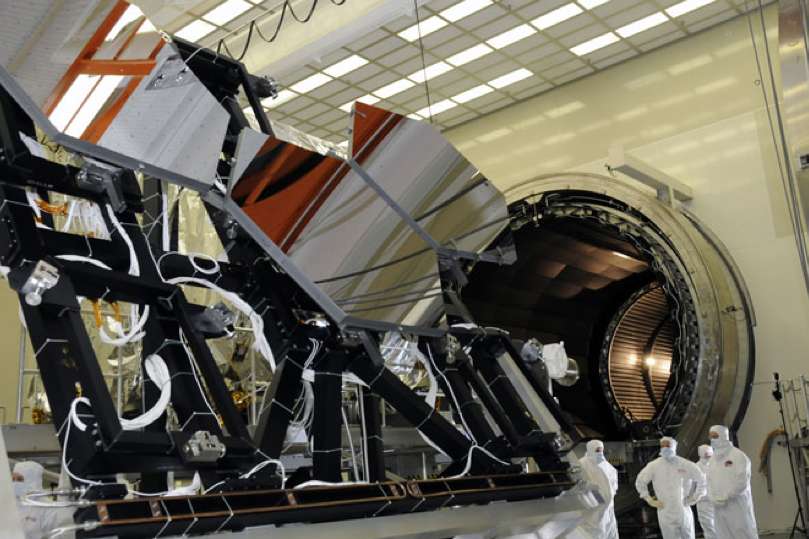 Previous post:
The Official Trailer For “Paranormal Activity 2” Next Post:
The Pig That Inspired All Of China That Life Is Worth Living