The Salk Institute: The Pinnacle Of Scientific Research Architecture

In 2001 I had an opportunity to visit the Salk Institute For Biological Studies in La Jolla, California, just north of San Diego.  It’s a scientific research campus located on the Pacific Ocean, and it is one of the most spectacular buildings I’ve ever visited in my life.  The entire time I was there I was fully aware I was surrounded by a beehive of scientists working on the most state of the art research, but there was something undeiably spiritual about the place.

In 1959 Jonas Salk (the developer of the first polio vaccine) chose Louis Kahn as the architect most fit for the job of designing this extremely complicated complex, and he certainly had a long list of demands for his architect.  Salk knew he needed someone that would survive his intense dream of bringing this building to life.  In 2007, Metropolis Magazine‘s Christopher Hawthorne wrote a feature piece on the building:

“Salk hoped to create a center for biological ­science that would allow its research fellows and full-time professors a space to work both in collaboration with others and in relative isolation, surrounded by nature. He hired Kahn not because of the design of the Richards building, which he toured in 1959 while it was under construction, but because he found the architect such a compelling intellectual sparring partner—because Kahn seemed immediately to grasp, in practical as well as poetic terms, what he hoped to accomplish in La Jolla. And there was no doubt that Salk was in full control of the new institute: Kahn would answer to him alone.”

The building was opened in 1963, and the final result ranks one of modern architecture’s crown jewels.  Salk had sought to make a beautiful campus in order to draw the best researchers in the world, and that he most certainly did.  The original buildings of the Salk Institute were designated as a historical landmark in 1991. The entire 27 acre site was deemed eligible by the California Historical Resources Commission in 2006 for listing on the National Register of Historic Places (Wikipedia).

“His collaboration with Salk continues to rank as one of the most successful and fascinating in architectural history. The research center the two men produced—though it wound up smaller and less ambitious than they first envisioned—remains esteemed among the scientists who work there. It is also a touchstone for contemporary architects at work on a new generation of science labs. Even though it is now more than four decades old, and scientific research has changed radically during that time, they continue to see the Salk as a model of the form.

Salk challenged him on every major element of the design, but he also gave him the sort of latitude he would never again enjoy as an architect. He gave him a substantial architectural problem to solve on an idyllic piece of land. Kahn, in other words, was really the Salk Institute’s very first fellow.” 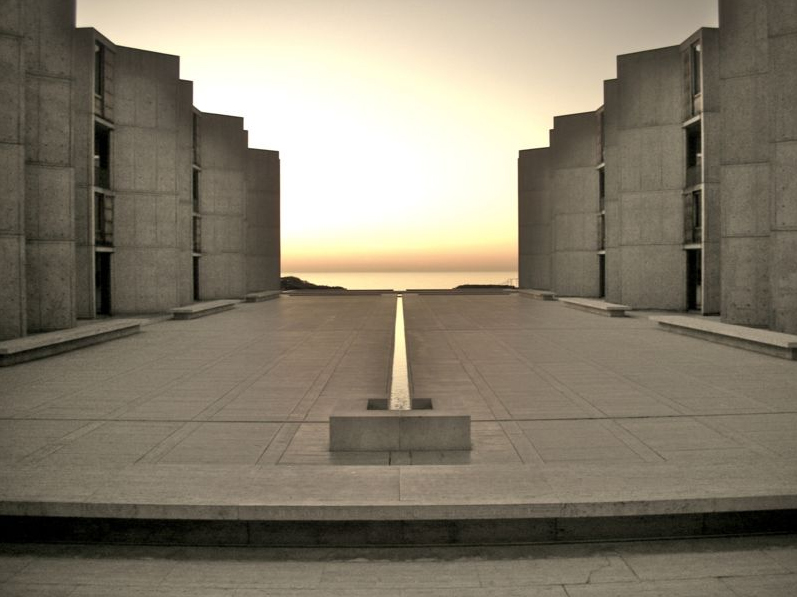 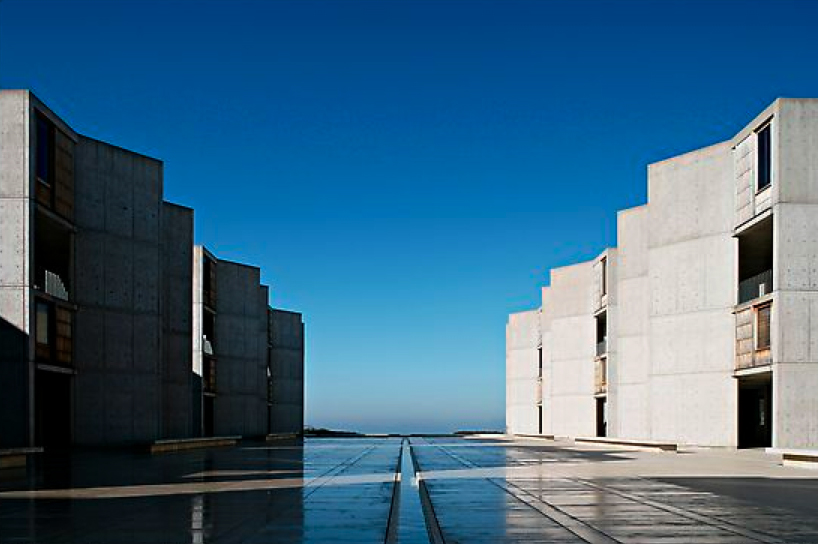 Previous post:
Bibio “Lovers’ Carvings” Next Post:
US State Department To Announce Travel Alert For Americans In Europe: “This Is A Serious Situation”