Everything You Need To Know About “Glasses-Free” Autostereoscopic 3D Televisions

Thanks to James Cameron, the corporate race to win the “Glasses-Free” 3DTV market is starting to heat up.  In the next few months, the first glasses-free or “autostereoscopic” 3D systems are due to go on sale. One of these will be Nintendo’s 3DS hand-held games machine.

“It is widely rumoured that the 3DS will use ‘parallax barrier’ 3D technology,” says Douglas Lanman, a computer vision researcher at the Massachusetts Institute of Technology’s Media Lab. This involves dividing the images destined for each eye into thin vertical strips, and displaying strips from alternate images side by side, or “interlaced”, on an LCD. In front of this is a second LCD displaying opaque stripes that act as a barrier to ensure that each eye sees only the sections the interlaced image intended for it. The technique is based on a century-old system that uses a fixed vertical grid.”

Every corporation seems to be working on their own separate technologies:

1. Toshiba’s 21″ (which is rumored to work only when sitting at a specific distance from the screen).

2. The “Helium 3D”–short for “high-efficiency laser-based multi-user multi-modal 3D.  It was developed by an international consortium.

3.  An alternative 3D display system, known as the “Wedge”, is being developed by Microsoft. The image is produced from a rectangular slab of transparent acrylic which tapers to a point from about halfway up. 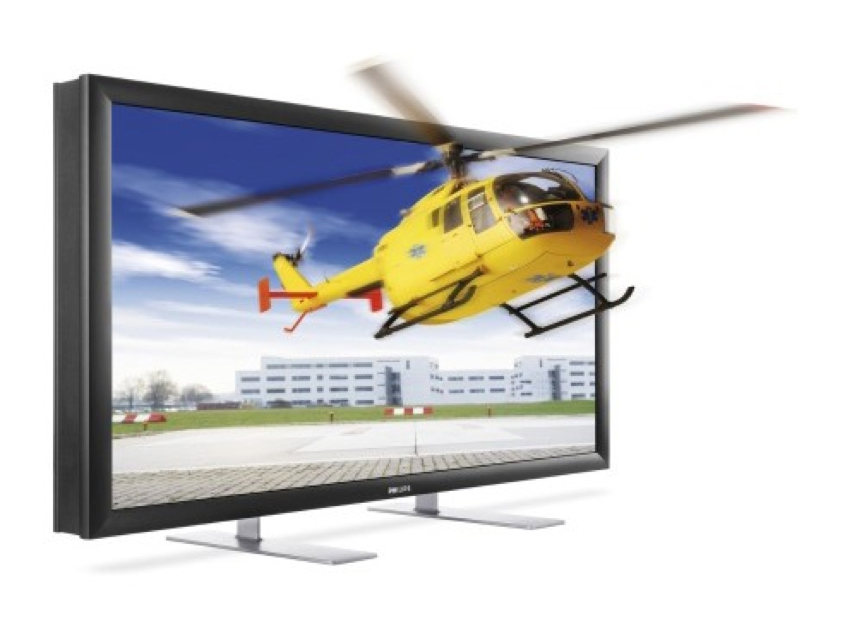