FEELguide EDITORIAL | Copycat Suicide and ‘The Werther Effect’: The Dangerous And Complex Relationship Between Suicide & Journalism

FEELguide EDITORIAL | by Brent Lambert (October 1, 2011): This week gave us a dark reminder that being young and being gay can be impossibly hard.  In recent days and weeks there has been a tragic spike of suicides in the young gay community in the United States due to sexality-related bullying.  Thankfully, to help stem this trend, there is a very large “video message” campaign (CNN) currently underway by high-profile members of the GLBT community to get the message out that suicide is never the answer.  Sadly, suicide in the gay community is nothing new:

Gay and lesbian youth belong to two groups at high risk of suicide: youth and homosexuals. A majority of suicide attempts by homosexuals occur during their youth, and gay youth are 2 to 3 times more likely to attempt suicide than other young people. They may comprise up to 30 percent of completed youth suicides annually. The earlier youth are aware of their orientation and identify themselves as gay, the greater the conflicts they have. Gay youth face problems in accepting themselves due to internalization of a negative self image and the lack of accurate information about homosexuality during adolescence. Gay youth face extreme physical and verbal abuse, rejection and isolation from family and peers. They often feel totally alone and socially withdrawn out of fear of adverse consequences. As a result of these pressures, lesbian and gay youth are more vulnerable than other youth to psychosocial problems including substance abuse, chronic depression, school failure, early relationship conflicts, being forced to leave their families, and having to survive on their own prematurely. Each of these problems presents a risk factor for suicidal feelings and behavior among gay, lesbian, bisexual and transsexual youth. Source: LAMBDA

But there is an entirely other sub-story happening beneath the surface that is disturbing me the most, that being the complex and disturbing relationship between suicide and the world of journalism known as ‘The Werther Effect’ (also known as ‘copycat suicide‘ or ‘suicide contagion’).  I became very nervous this week with people’s shock and disbelief at why so many gay kids were taking their lives at the same time, because it sent a wave of poorly-written articles around the world.  There is a paradoxical relationship between suicide reports in the media and a direct and corresponding increase in suicides immediately following its publication.  Most of these articles that went around the world this week contained many of the red flags and hidden dangers that every high profile mental health board and government health agency WARN JOURNALISTS ABOUT when it comes to publishing a story about a suicide, especially a high-profile one (see below for a list of recommendations that these boards gave to the American media back in 2001).  It’s been proven by these experts that if a suicide-related story is written poorly it can literally kill.

One of the earliest known associations between the media and suicide arose from Goethe’s novel Die Leiden des jungen Werthers (The Sorrows of Young Werther), published in 1774. In that work the hero shoots himself after an ill-fated love, and shortly after its publication there were many reports of young men using the same method to commit suicide. This resulted in a ban of the book in several places. Hence the term ‘The Werther Effect’, used in the technical literature to designate copycat suicides.The term was coined by researcher David Phillips in 1974. (Wikipedia)

The Werther Effect not only predicts an increase in suicide, but the majority of the suicides will take place in the same or a similar way as the one publicized. The more similar the person in the publicized suicide is to the people exposed to the information about it, the more likely the age group or demographic is to commit suicide. Upon learning of someone else’s suicide, many people decide that action is appropriate for them as well, especially if the publicized suicide was of someone in a similar situation as them.  Around the world, there are varying degrees of code related to different countries’ handling of suicide reporting.

Various countries have national journalism codes which range from one extreme of, “Suicide and attempted suicide should in general never be given any mention” (Norway) to a more moderate, “In cases of suicide, publishing or broadcasting information in an exaggerated way that goes beyond normal dimensions of reporting with the purpose of influencing readers or spectators should not occur. Photography, pictures, visual images or film depicting such cases should not be made public” (Turkey).  Many countries do not have national codes but do have in-house guidelines along similar lines. In the US there are no industrywide standards and a survey of inhouse guides of 16 US daily newspapers showed that only three mentioned the word suicide and none gave guidelines about publishing the method of suicide. Craig Branson, online director of the American Society of News Editors (ASNE), has been quoted as saying, “Industry codes are very generic and totally voluntary. Most ethical decisions are left to individual editors at individual papers. The industry would fight any attempt to create more specific rules or standards, and editors would no doubt ignore them.”Guidelines on the reporting of suicides in Ireland were introduced recently which attempt to remove any positive connotations the act might have (e.g. using the term “completed” rather than “successful” when describing a suicide attempt which resulted in a death).  (Wikipedia)

Perhaps the most famous case of “copycat suicide” was the 12 percent increase in suicides in the United States in the month after the media reported that movie star Marilyn Monroe had killed herself. This 12 percent increase translated into some 200 extra people taking their lives. A number of them had left suicide notes saying that they were imitating Monroe. (New York Times)

Indeed, members of the media need more guidance on how to report suicides, according to suicide authorities from the American Foundation for Suicide Prevention in New York City and the Annenberg Public Policy Center at the University of Pennsylvania. At a press conference in Washington, D.C., in 2001 they unveiled recommendations on how to report suicides. Representatives of these two groups had devised the recommendations with other suicide authorities from the Office of the Surgeon General, the American Association of Suicidology, the National Institute of Mental Health, and others.  You can read their full list of recommendations at Psychiatry Online. 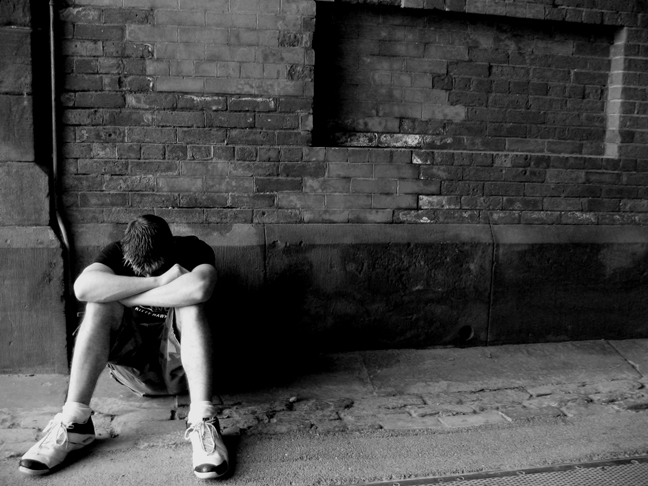 Previous post:
Meryl Streep Cast As Drug-Addicted Mother To Julia Roberts In New Film Next Post:
I Can Do This Too, But I Choose Not To Be A Show-Off