My friend Jake just sent me this story about Tim Ferriss, a writer and business leader. Tim had a problem: he wanted to hit #1 on The New York Times Bestseller List.  What was his plan?  His plan was to enlist the help of one of the most hated men in America, Tucker Max.  Tucker is somewhat of a legend in the world of marketing, writing, and self promotion.  He is also an asshole according to most of the people who’ve met him.  But Tucker is a great person to go to for help because he did something that is very difficult and very inspiring: he went to #1 on the NYTBSL without any outside help whatsoever (but not before being rejected by countelss publishing houses).

He made his first book, I Hope They Serve Beer in Hell, a #1 New York Times bestseller with no outside support. Furthermore, a large proportion of the English-speaking world hates Tucker, which is reflected in media mentions and reader reviews. To wit…

“I find it truly appalling that there are people in the world like you. You are a disgusting, vile, repulsive, repugnant, foul creature. Because of you, I don’t believe in God anymore. No just God would allow someone like you to exist.”

With Tucker’s help, Tim eventually DID hit #1 with his hit The Four-Hour Work Week.  Read this complete story of persistence and hard work at Tim’s blog.

Love him or hate him, Tucker Max is getting shit (and all of his friends’ shit) done. 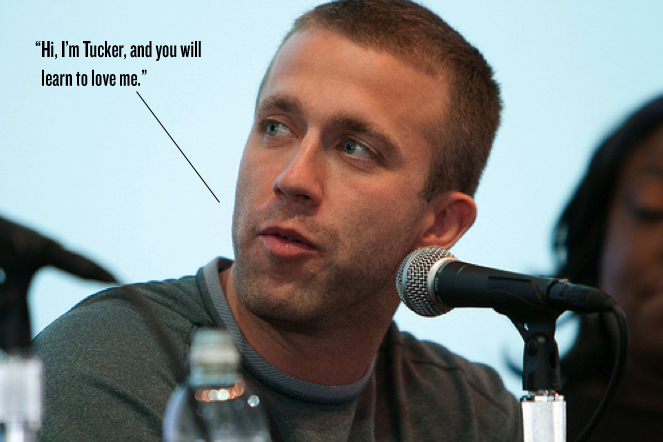